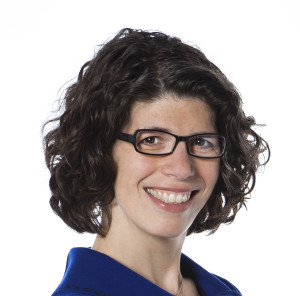 In the afterglow of the UN Framework Convention on Climate Change’s 21st Conference of the Parties (or what many have come to know as the COP21 Climate Talks in Paris), everyone has spent the past week asking the important question: what does the outcome mean?  As a sociologist who has been studying the UNFCCC process since the Kyoto round of the negotiations in 1997, I can say with certainty that, for those of us living in the United States, at least, the outcome means close to nothing.

Don’t get me wrong, I am all in favor of the success of multilateralism and would be particularly delighted if it came in the form of an international climate agreement, especially one that aims to reduce the overall global temperature increase to only 1.5 degrees Celsius. But one of the overall problems with this type of international policymaking is that it doesn’t matter one iota what the Parties—i.e. national governments—agree to if those nation states do not then take the necessary steps of implementation.

Let’s be honest, even with all the talk about the importance of global civil society and multilateral agreements, most sociologists agree that the nation-state level is where the proverbial rubber of policymaking hits the road (if it hits the road at all).

What this fact means is that the agreement is only as strong as the domestic policies that implement it and the ways in which these policies are enforced. Within a week of the conclusion of the Paris talks, a number of countries were acting in ways that suggested they were not going to follow through with their commitments to the climate agreement at home. In the UK, for example, clean energy subsidies were cut on December 17th—less than a week after the COP ended.

In the United States it didn’t even take that long. While President Obama and his vast negotiating team were in Paris chatting up the US as a leader on climate governance, Republican Presidential hopeful Senator Ted Cruz was holding a hearing in a Senate Committee on Commerce, Science, & Transportation Subcommittee called “Data or Dogma? Promoting Open Inquiry in the Debate over the Magnitude of Human Impact on Earth’s Climate.” As you might expect from the title, the whole point of this hearing was to debunk the scientific evidence that anthropogenic climate change is happening.

In addition to hearings and other statements, which may be just symbolic politics, both houses of the Congress moved to limit President Obama’s executive orders that make implementation of the Paris Climate Agreement possible. Since the President has been unable to get anything climate-related passed through the Congress, the President’s entire climate policy for implementing carbon reductions relies on his Executive Orders, which can be (and are being) challenged by the Congress and the courts. Moreover, these orders can be revoked by the next President of the US. In case anyone forgot, the election takes place in 11 months and the new President will take office in January 2017.

All 195 countries agreeing to something in Paris was an important first step in addressing the issue of global climate change. However, the real work needs to be done within nation-states themselves, and the jury is still out on how and if that work will be completed at all.

Dana R. Fisher is professor of sociology and director of the Program for Society and the Environment at the University of Maryland. She has studied and written about the climate regime and domestic climate policy for many years. Her first book, National Governance and the Global Climate Change Regime (Rowman & Littlefield Publishers 2004), traced domestic responses to the climate regime through 2001. For more information and copies of additional papers on the subject, see www.drfisher.umd.edu

5 thoughts on “What does the Outcome of the COP21 Climate Talks Mean?”