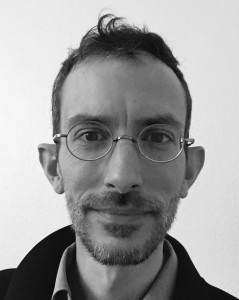 Even if you haven’t read Thomas Piketty’s Capital in the 21st Century, you probably already know the story: At a time of record economic inequality, an economist issued a stirring call to action in the surprising shape of a fat book. The text was long and demanding, part learned commentary on classical political economy, part abstract treatise, and part polemic, but the underlying argument was elegant in its simplicity. Over the long run of history, the share of income going to rents will tend to increase. This tendency will lead to increasing inequality of wealth. That rising inequality, if it is unchecked, will have terrible consequences for society. It will cause financial crises, as the rewards of speculation will encourage investors to chase the next bubble. It will undermine meritocracy, as the mediocre children of the rich will get ahead through dumb luck of inheritance. It will ultimately threaten democracy itself, as rich people become rich enough to buy elections, parliaments, and armies.

The solution? A new, progressive tax on wealth.

The book became a runaway bestseller. Academic economists gave it a cool reception—they found it unorthodox, old-fashioned, and insufficiently technical—but it was warmly received by other social scientists, and, more surprisingly, by the mass public. It sold more than a million copies. That is not quite Harry Potter territory, but it is not bad for a long scholarly treatise on the historical evolution of the factor shares of income. It made the author into an intellectual celebrity. And it helped to spread his wealth tax proposal around the world.

Here is the part that you might not know: this is, in every particular, the story of Progress and Poverty, the surprise bestseller by Henry George that was published in 1879. George argued that the fundamental dynamic of capitalism was the ever-increasing share of income going to owners of land. The tax that he proposed would confiscate the unearned wealth of landowners while leaving other wealth untouched.

What will become of Piketty’s blockbuster tax proposal? Consider what became of Henry George’s.

First, it was taken up by social movements. True believers founded new townships to demonstrate the possibility of funding government entirely according to George’s principles. Voters formed single-issue political parties to campaign for the new tax. Activists organized rallies and stood on soapboxes to preach to passers-by. People petitioned and campaigned to introduce the tax by ballot initiative.

Second, the movement lasted for decades, in part because it was kept alive in institutions outside of the academy. George never won acceptance from the economics profession. But he didn’t need to. His followers founded their own journals and educational institutions, such as the American Journal of Economics and Sociology and the Henry George School of Social Science. Several wealthy philanthropists endowed foundations to support the spread of George’s ideas. (Some still exist.)

What made all of this possible? The name of the reform provides a clue. George called his proposal the Single Tax, because, he argued, it was the only tax you needed. He said that this tax would produce enough revenue to substitute for the regressive consumption taxes that provided the bulk of American government revenues at the time. Many people joined the Single Tax movement, not because they wanted to raise other people’s taxes, but because they wanted to lower their own.

The idea of a tax on the value of land outlived Henry George. It is still kicking around. Many experts, and some governments, have embraced the idea of land value taxation, even if none of them has gone whole hog and replaced their entire tax system with a Single Tax. The Georgist movement did not succeed. But it has had an impact on tax policy.

Will Capital in the 21st Century have this kind of impact? That depends on the readers of the book. The question is whether enough readers believe that they will benefit directly from a tax to reduce wealth inequality, and believe enough to devote themselves to the patient work of building organizations and institutions.

Isaac William Martin is professor of sociology and a faculty member in urban studies and planning at the University of California – San Diego. He is currently a visiting scholar at the École des Hautes Études en Sciences Sociales in Paris. His last two books are Foreclosed America (with Christopher Niedt, 2015) and Rich People’s Movements (2013).