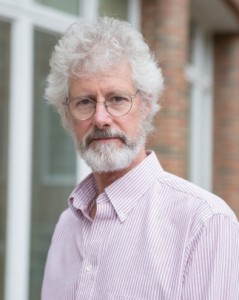 Bernie Sanders, candidate for the Democratic Party nomination for President, frequently mentions Denmark as a country America could learn a lot from. Nowhere is this lesson needed more than among the current crop of Republicans seeking their party’s nomination for President and who have called for all sorts of federal tax and spending cuts, arguing that this is necessary to enhance America’s economic competitiveness in the global economy. Really?

Comparisons abound between the two countries but when it comes to competitiveness, the picture is remarkably similar. According to the World Economic Forum’s most recent Global Competitiveness Report, both the United States and Denmark are among the most competitive economies in the world. The United States ranks third while Denmark is tied for sixth. In the WEF’s view, the big difference that puts America ahead of Denmark is the sheer size of America’s market, which significantly dwarfs Denmark’s. Denmark, after all, is a small country of only about 5.6 million people—and there isn’t anything that lower taxes and spending can do to change that.

Quality of life is also very good in these two countries. According to the WEF, GDP per capita in Denmark is about $59,000 while in America it’s $53,000. And last year Denmark ranked third on the U.N. Human Development Index, which reflects average life expectancy, literacy, and education among other things. The United States was eighth.

Beyond this, however, the similarities end, which is why the Republicans could learn a lot from Denmark. Indeed, these two countries’ paths to economic success could not be more different. High taxes and government spending on social programs—anathema to the Republicans—make Denmark one of the world’s most generous welfare states, but contrary to conservative dogma, the result is not stagnation, but a thriving economy with a booming private sector.

The OECD reports that while Washington spent about 38 percent of GDP in 2014, the Danes spent 56 percent. And Danish expenditures on social programs were a third larger than they were in America.

When it comes to taxes the differences are even more startling. In 2012, the most recent year reported by the OECD, total tax revenue in the United States amounted to about 24 percent of GDP whereas in Denmark it was twice that size. More to the point, taxes on income and profits, about which Republicans complain constantly, were three times higher in Denmark than America.

All of this should shock those Americans who fervently believe that high taxes and government spending drive firms away, undermine investment, and jeopardize economic growth, jobs, and national prosperity. By this logic, Denmark’s economy should be in the toilet!

But it is not. And in one important respect the Danes have beaten us hands down. In addition to remaining economically competitive, they have done it by minimizing poverty and income inequality. According to the OECD, the poverty rate in the United States is nearly twice as large as in Denmark. Income inequality (after taxes and government transfers) is roughly a third higher in the United States than in Denmark.

So how do the Danes do it? By spending tax revenue on things that boost national economic competitiveness and reduce inequality and poverty. For example, Danes receive publicly financed education through college and often graduate school. They also have a publicly financed national apprenticeship program for students not going to college. The result is one of the world’s most highly skilled labor forces. Danes also enjoy a publicly financed health care system that is less expensive and more effective than our own—and that automatically covers all Danish citizens. In turn, firms operating in Denmark benefit from smart, healthy workers and are not saddled with the exorbitant costs of health insurance as are U.S. firms.

Not only have these sorts of benefits enhanced the competitiveness of Danish employers, they have also proven attractive to foreign firms. The director of European operations for one of the world’s largest software manufacturing companies told one of my Danish colleagues that these were the sorts of things that caused his firm to put its European headquarters in Copenhagen. He added that high taxes were not even a consideration.

The lesson for Republicans as well as many Democrats is that there is more than one way to skin a cat. Tax and spending cuts are not a panacea. In fact, increasing taxes would provide revenues that could be used in constructive ways. Raising taxes and providing services could also help America reduce inequality and poverty. As Bernie knows, the lesson of Denmark is that doing so does not have to hurt U.S. economic competitiveness in the global economy.

John L. Campbell is the Class of 1925 Professor of Sociology at Dartmouth College and Professor of Political Economy at the Copenhagen Business School. His most recent books are The National Origins of Policy Ideas: Knowledge Regimes in the United States, France, Germany and Denmark (Princeton University Press, 2014), and The World of States (Bloomsbury Press, 2015).

10 thoughts on “Why is Bernie Talking About Denmark?”