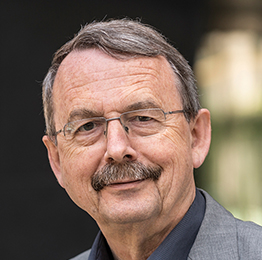 Wolfgang Streeck
Max Planck Institute for the Study of Societies

The progress of capitalism, globally and socially, accompanied as it has been for decades now by increasing debt, rising inequality and declining growth, especially but not exclusively in capitalism’s core countries, has caused a deep crisis of the modern state system, which translates into a crisis of political-economic governability. New problems – political conflicts over interests, values and identities, as well as technocratic puzzles and impossibilities – are appearing almost by the day, without the old ones having been in any way resolved. Cumulative systemic malfunctions subject the social order of capitalism to a syndrome of multimorbidity, where the diseases that have befallen it are all in equally urgent need of treatment but are too many to be treated simultaneously, also because nobody knows exactly how they might hang together. As a result there is now a growing literature on the “end of capitalism”, even in the absence of organized anti-capitalist political forces that could replace capitalism with a new and better order. One concept that has been suggested for what is shaping up as an era of high uncertainty is that of interregnum: a historical period in which much of what had previously been taken for granted and treated like a constant has turned, and is continuing to turn, into variables, without new constants crystallizing as yet.

I begin at the global, macro level. Declining American hegemony deprives global capitalism of the enforcer of last resort that capitalism has historically needed for its progress. The decay of American dominance accelerated with the lost wars of the early twenty-first century, following and in turn reinforcing a loss of strategic orientation, and with the domestic political-economic turbulences associated with de-industrialization and financialization. Global disappointment and domestic decay co-produced the election of Donald Trump as President of the United States, with his turn to protectionism-cum-isolationism: “America first!” (As to isolationism, Trump no more than ratifies a trend that was present already under Obama, with his refusal to send ground troops to Libya and Syria, his inaction with respect to the conflict between Israel and the Palestinians, his withdrawal from Iraq making space for ISIS, his attempted withdrawal from Afghanistan etc.) As Arrighi reminded us, capitalism has always needed a carrier nation that provided it with internal stability, especially with a reliable money and with imperial peace on its periphery, where obedient regimes were required for delivery of cheap raw materials and the opening up of new markets for the products of the center, replacing traditional with modern economic practice. That role, having successively been performed by Genova, the Netherlands and Britain, was taken over by the United States in 1945, after a disastrous global rivalry in the 1930s between the two Anglo-American democracies and Nazi Germany and Japan for the prerogatives and benefits of hegemony (“seigneuriage”). Today a vacuum is developing that may make China claim a share in the responsibility for the maintenance of global order. There is no historical precedent, however, of a peaceful co-directorate of the capitalist global economy. If it is true that the Trump administration is planning to end Obama’s phony cold war with Russia, the motive behind this may be to get ready for an impending confrontation with China.

Moving on to the level of what are still called nation-states, “globalization” has meant a deep penetration of nationally constituted societies by increasingly international markets and corporations. The center-left consensus of the past two decades had been that national political economies had to be opened up to the world, to be inserted in the increasingly global markets of contemporary capitalism, in order not to fall back hopelessly in global competition. This involved deregulation of social protection – or better, re-regulation for the purpose of increasing the “competitiveness”, external as well as internal, of the respective national economic societies. In the process, the number of “losers” in the widest sense – economic as well as cultural – kept growing slowly but continuously, until it reached a threshold where it became politically potent. That moment occurred more or less simultaneously across advanced capitalist societies when it transpired that the promised fast recovery from the global crisis of 2008 was a chimera, and when post-crisis growth was found to be even more unequally distributed – in some countries, limited to the top one percent – than had been the case before the financial breakdown. Politically, rising electoral participation in a large number of countries benefited, not the established center-right and center-left parties that had long joined the internationalist consensus. Instead voters turned to new, no-longer-centrist and increasingly radical parties, or movements, from both the left and the right, summarily called “populist” by their older, up to then safely institutionalized rivals. Where the left was unable to offer the new countermovement against capitalist expansion a class-theoretical explanation of their perceived and actual exclusion from the new kind of capitalist progress –towards a de-industrialized, “post-industrial” “knowledge society” or “service economy” – what typically remained for it was recourse to a language of nationalism and even nativism.

Right-wing “populism” has not yet been able to achieve a governing majority in any country, except perhaps the United States. But it is now strong enough almost everywhere in the Western world to make forming a government difficult if not impossible for traditional democratic parties. Even where this is not or not yet the case, traditional governments find themselves increasingly forced to be in some way responsive to the concerns of the new opposition and its constituents. Uppermost among these are limitations on free trade and controls on immigration, to protect the economic position of the resident population from decline, and their social life from disintegration. The new political and social cleavage that seems about to immobilize the politics of advanced capitalist democracy tends to come with, and to be reinforced by, a growing division between the big, often “global” cities on the one hand and their surrounding countryside on the other. That division is not only about incomes, with cities being the new growth pole of post-industrial society, but also about cultural and social values. While global cities’ lifeworld is “cosmopolitan” and “liberal”, in the sense of accepting global competition and exchange, including migration across national borders, people in the rest of the country, who often had to move out of the cities because they could no longer afford living there, tend to feel left behind and abandoned, excluded from the new wellsprings of prosperity, and betrayed by a state that no longer regards it as its duty to save its citizens from foreign competition.

The crisis of the modern state system is omnipresent, not just in the advanced centers of capitalism but also on its periphery. There, BRICS democracies are sinking into corruption and stagnation (Brazil, Russia, South Africa), and the number of “failed states” is growing almost every day, from West Africa to Pakistan. An important regional manifestation of systemic failure is the ongoing disintegration of what once presented itself as an “ever closer union of the peoples of Europe”. Brexit must be seen as one of many symptoms of a crisis of political-economic governability, a crisis which is essentially about the appropriate scale of governance in a globalized capitalist economy. For the British electorate, organized “Europe”, in the form the European Union, seemed too big to be responsive to their specific concerns and interests. Shortly before they had voted to leave the EU and place their hope on a renewal of “national sovereignty”, the Scots had almost voted to leave the UK because to them it seemed too big as well. At the same time, Scottish “nationalists” intended and still intend to stay in the EU in case of Scottish independence, and indeed to join EMU, the European Monetary Union, presumably because they felt an independent Scotland to be too small for specific economic purposes. The situation is similar in Spain, where Catalonia and, perhaps, other regions regard themselves as “nations” that, however, want to belong to integrated “Europe” if they were to become independent.

Problems of state formation, and indeed re-formation, are most pronounced in Europe with respect to EMU, where the general crisis of governability and political cohesion looms particularly large. In the years since 2008, it has become increasingly clear that the imposition of a one-size-fits-all hard currency regime on a collection of sovereign nation-states with distinctly different economic institutions and traditions has detracted from political-economic governability rather than restored it. Like most other political entities in the era of globalization, economic disparities within Euroland have grown for more than a decade now, giving the lie to “narratives” about economic convergence through free markets and sound money. Prescriptions of neoliberal institutional “reform” for lagging countries, especially in the Mediterranean, so as to make them compatible with monetary stability, amount to large-scale replacement of social solidarity with economic competition, and of collective citizen entitlements with individual economic achievement. Not only are such reforms of doubtful effectiveness economically but they have turned out unacceptable socially and politically, fueling the growth of “populist” “anti-Europeanism” and thereby paralyzing “reform-oriented” government. Meanwhile Germany, long used to hard currency constraints and having learned to live with them, is becoming the economic capital of Euroland, without there being any political possibility of effective international redistribution or regional policy. Indeed there are reasons to believe that the euro will very soon have to undergo fundamental reform, returning some degree of monetary sovereignty to less “competitive” countries. Without it, it will break apart in the next five years or so in an economic and political disaster for the countries involved as well as for Europe as a whole.

European uncertainties about political scale powerfully manifest themselves in the unending complexities of the relationship between Brussels and national capitals, as well as between Brussels and Barcelona, Brussels, London and Edinburgh, the EU and its nonmembers, like Norway and Switzerland, or EMU and its nonmembers Denmark and Sweden. All these have to do with the unsolved question of what is better for a resident political community in the global economy of today, being small or being big, and how small and how big. Ultimately, the issue at stake here is the function of nation-state borders under globalization: how much control over their borders organized political communities (still) need in order to serve their citizens; how big those communities are to be; and of what kind the cross-border movements are that should (still or again) be subject to “national” control. (This same issue has, in somewhat different form, from the first day been paramount in the policies of the new American administration, from immigration to free trade agreements.) In Europe, it is the complexities associated with the governance of internationalized capitalism that underlies the refusal of the “European” establishment to debate publicly what the French call the finalité of the European Union: the final state of the European state, as it were, and the role the historical nation-states of Europe within it. Will “Europe” be better off with a big-size centralized super-state? Or should it rather be a loose association of smaller, more agile and more responsive nation-states, sovereign under a modernized Westphalian international regime? In a fundamental crisis of statehood, caused by an accelerated widening and deepening of capitalist development, this question may for a long time be impossible to answer, notwithstanding the growing political and economic risks associated with leaving it open. When the Chairman observed “great disorder under heaven”, he took the view that “the situation is excellent”. On the latter we may not necessarily agree with him.