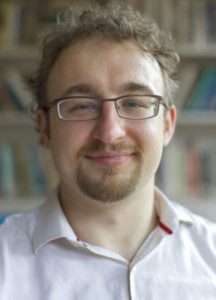 It took Democrats decades to lose the Rust Belt. Reclaiming it won’t be easy.

Given that Trump’s won overwhelming support from white, blue-collar voters, his sweep of the Rust Belt may appear inevitable, but it is historically unprecedented—a subject with which I’m familiar as I have recently written a book about politics in two Rust Belt Iowa cities.

Iowa seems particularly tailor made for Donald Trump, filled as it is with small, struggling factory towns, many of them over 85% white, and populated by older, uneducated voters. But unlike heartland states like Kansas—which has actually voted Republican since the 1960s—Iowa was a historic Democratic bedrock. Many of its eastern factory towns have voted Democratic since the Great Depression, never straying through the civil rights movement, the cultural changes of the 1960s, Nixon, Reagan, the Christian Right, and the Contract with America.

Iowa was also fertile terrain for Obama. The state’s voters propelled him to his first primary victory, defying pundits who said whites would never vote for a black president. In the general election too, Obama carried 54 of Iowa’s 99 counties, scoring commanding victories in the population centers, some by nearly a 2-1 ratio—a pattern repeated in 2012.

Yet in 2016, Iowa looked like Kansas. Clinton barely carried 6 counties, winning more than 51% of the vote only in the county that houses the University of Iowa. Wherefrom this Rust Belt populist revolt? Are states like Iowa lost for good?

My research suggests that Democrats’ loss across the Rust Belt was long in the making; reclaiming the region may be no easy task.

Like other sociologists who study electoral politics, my research focuses less on individual characteristics that predict vote preferences than in what lies behind these variables: the pre-rational heuristics, intuitions and “deep stories” that people employ to reason about politics.

For my research, I interviewed Iowans in two cities during the 2008 and 2012 election cycles. Many older Iowans sounded just like the Democrats from political science texts in the 1950s. They reasoned about politics as a struggle between the haves and have nots, the working people and the rich, little people and the well-to-do. In the words of one elderly interviewee:

“I’m a life-long Democrat and probably will be until I die. The Democrats are looking out for the working person first. The rich people try to get by without taxes, but some people just got too much: got their own this and that…they don’t need somebody looking out for them. When I grew up… any time a holiday come up the whole family would get together…go down to the lake, all eat together. The Democrats are more for that idea.”

In the mid-20th Century, voters’ tendency to identify with the haves or have nots was so pervasive that some social scientists saw economic groupings as foundational to partisan identity. But I found that those who equated their working or middle-class status with the Democratic party were mainly older. This led me to study the history of my cities and ultimately conclude that Iowans’ seemingly natural tendency to identify as traditional Democrats was produced by a complex economic and political infrastructure.

In cities that I examined, the economy was once anchored by large, locally owned firms, which enabled two categories of community leaders: local business owners who mobilized around the Chamber of Commerce and labor union leaders. The Chamber and the Labor Council contested their cities’ politics and competed for the support of residents by supporting an opposing set of business and labor charities and civic associations. At election time, Chamber and labor leaders became central to, respectively, Republican and Democratic efforts. Iowans saw public life as a contest between the haves and have-nots (and, mostly, identified with the Democratic have-nots), because this understanding mirrored community institutions.

But consider all of the infrastructure—both local and national—required to produce such traditional Democrats (or, for that matter, traditional business Republicans). This infrastructure consisted of a healthy labor movement produced by a balanced labor-business regulatory climate. It depended on a regulated financial sector that discouraged corporate mergers and sheltered locally owned small and medium firms, whose owners were not faceless corporations but local figures whose wealth was visible for all to see—in local parlance, the “old families who lived on the hill and tried to run this town.” It depended on New Deal era urban policies, which apportioned discretionary funds to local commissions, thus allowing, and even encouraging, labor and business leaders to fight over the civic future of their city.

Anyone familiar with the Rust Belt knows that the days of feuding union and business leaders disappeared in the 1980s. It survived only in older peoples’ memories, who heard in the pronouncements of Democratic politicians echoes of postwar policies and the local worlds they once created. In relying on such traditional voters into the 2000s, Democratic politicians ran on the ghosts of Glass Steagall, the New Deal, and the Great Society, reaping the rewards of past political struggles.

But at the time of my research, the political imagination of most Iowans was shaped by new realities. Since the 1980s, the regions’ cities were devastated first by the manufacturing crisis and then the 20th Century’s largest corporate merger movement, the latter a product of 1970s era financial market deregulation. Outside corporations had acquired most local firms, slashed workforce, and shuttered many industries—a process that decimated the local business community and labor movement alike. Federal policymakers cut discretionary social service and urban programs, forcing remaining leaders to look to competitive grants.

This new ecosystem allowed new leaders to rise to public prominence: those who pledged to sideline conflict and focus on economic development partnerships to win grants, create cultural amenities attractive to young professionals, and woo outside companies (the latter via publicly funded incentives of questionable merit). By the 2000s, local elites viewed statecraft as a technical, post-partisan marketing exercise, attitudes that led them to push traditional leaders, especially those still engaged in politics, to the public margins.

At the time of my interviews in 2008 and 2012, then, some older Iowans still understood public life as a conflict between the Republican haves and Democratic have-nots, but most increasingly saw it instead in terms of a conflict between technocratic partners and populist hyper-partisans—a heuristic that mapped uneasily onto partisan divides. Obama managed to stitch together many constituencies, winning over traditional Democrats, those who longed for a post-partisan politics of consensus-building, and even some who viewed him as a radical change agent. But I also interviewed many Rust Belters who felt alienated from public life, both local and national, and longed for a partisan leader who could shake the system to its foundations. Listening to their words from 2008 and ’12, one sees the roots of Trumpism:

“In the early 90s, we got a lot of retail, more traffic [and amenities. But] all these things don’t appeal to your average person. [We] used to have all these factory jobs, but they just demolished it and people had to settle for Wal-Mart. Suddenly we got big businesses coming in with their money and saying, ‘Your city wants it!’ It makes me wonder if we are living in a democracy. That’s not democracy—that’s communism. [But our leaders] don’t give a shit about what happens. [We need to] tear things down and take them back to where they used to be.”

For Democrats, it is tempting to hope that a return to traditional messaging or candidates will reclaim the Rust Belt. But the electorate is not so simple—it consists of generations whose political intuitions are shaped by their times, and those traditional Democrats who reliably turned the Rust Belt blue are disappearing. Democrats may appeal to the region’s new partisans with the right cocktail of issues or a populist candidate of their own. But given that other struggling white regions in the United States overwhelmingly vote Republican, the Democrats’ hold on the Rust Belt may have been purely a legacy premium, the region’s loss overdue.