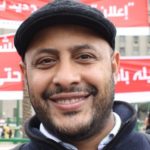 As sociologists, we have a dual commitment, political and scientific, to debunk the supposed bases of the so-called “Muslim Ban.” Regardless of the ultimate outcome of the litigating of the second executive order, sociologists should oppose any attempt at a racially motivated and exclusively security-based order. Foremost is our political responsibility: it is an indisputable fact that the emergence of ISIS is a highly complex phenomenon that cannot be reduced to one or two internal factors, or to a couple of external, economic, or cultural ones. A significant part of the background story of ISIS are the events that have been taking place in Iraq since 2003, and in Syria since 2011. The U.S. was explicitly involved, with “boots on the ground,” in the case of Iraq, and it contributed to sustaining the conditions of internationalization and militarization of the conflict in Syria.[1] In Iraq for example, and in addition to Saddam Hussein’s dictatorship and atrocities against the Shi’a and the Kurds, along with the regional conditions contributing to the sectarianization of politics in the region (some of which had been in the making since colonial times, and were endured and used and abused in post-colonial states), the U.S. invasion of Iraq, and its sponsorship of a sectarian state in Iraq after the occupation of Iraq, as well as the systemic torture and abuse of the so-called Sunni “insurgents,” are all part of the conditions that gave birth to ISIS. Any historically informed account of ISIS should take these factors into consideration. Any measure that targets ISIS-riddled countries without taking into account that our government has contributed to creating the conditions that gave birth to ISIS, as well as taking into consideration that the populations in these regions have also been victimized by ISIS, is a deficient, prejudiced, assessment.

The second “Muslim Ban” took Iraq off the list of banned countries. The logic of removing Iraq lacked political responsibility, as it assumed that, since there has been some military progress in combating ISIS in Iraq, there no longer is a need for having Iraq on the list. This is feeble logic. Keeping Syria on that list is also problematic, for the simple reason that we have contributed to the problem. Instead, we should find more comprehensive solutions that account for our political responsibility. And we should note here that all the countries included in the executive order, the U.S. government has been part of military operations in one way or another, with the exception of Iran.

The executive order was not only racially biased, but also based on racist assumptions.[2] The first executive order claims to be justified, in part, on the grounds that it is against “those who would oppress Americans of any race, gender, or sexual orientation.[3]” It is both ironic and paradoxical that an administration that holds highly prejudiced views of different minorities in the U.S. presumes to act as protective of these minorities, even as it uses stereotypically racist assumptions that Muslims are sexist, homophobic, and racist. This rationale, by the way, was removed from the text of the second order, only to be replaced with somewhat confusing language about protecting minorities, including Muslim minorities and/or minorities in Muslim countries.

Our political responsibility also stems from the history of racialized immigration laws in a setter-colonial nation. Social scientists, and specifically historical sociologists of empire, and of race and immigration, should be part of the conversation about who we are as a nation, and must not leave this conversation to politicians. [4]

In addition to our political responsibility, I maintain that we should oppose the ban on scientific grounds, as part of our larger responsibility to fight for the role of science in the present moment. Many studies in the social sciences show that this ban will likely not reduce terrorism, but would instead contribute to racial marginalization of Muslims in the U.S., while increasing anti-American sentiments in the Muslim world, thus assisting terrorist groups in recruitments.[5] Another scholar suggests that the Trump Administration is distracted, dominated by ideologues, and “lacking senior expert appointments.”[6] Obviously, this administration is not only targeting Muslims, but also launching attacks on various other fronts, including against science and scientific knowledge. On important issues such as terrorism and the environment, this administration is adapting an extreme ideological stance that is anti-science. One wonders if it would be better to have more experts, and fewer ideologues, on a highly complex issue like terrorism. There is no easy answer to this. We know, as sociologist Lisa Stampanitzky showed in her Disciplining Terror: How Experts Invented ‘Terrorism,’ of the role that experts play in manufacturing knowledge about terrorism and combating terrorism. [7] Nevertheless, providing expertise and promoting scientific research against misunderstanding and un-informed decisions is part of our job as critical sociologists.

From my experience as an engaged scholar in the Middle East, I propose that, in several countries in this region, dictatorships and terrorism are mutually constitutive. Corrupt dictatorial and/or fundamentalist regimes, such as Egypt and Pakistan, have always been part of the problem. These regimes sustain their repression partially under the pretext of fighting terrorism. And terrorist groups have been claiming for years that they are fighting the corrupt repressive regimes (with some occasionally using anti-imperialist arguments). Research shows that terrorism did not stop, and will not stop, solely based on security measures, least of all ones that are driven more by ideology than research. It is very important that the American Sociological Association is a partner in the March for Science scheduled for April 22, 2017. It is our political and scientific responsibility to promote critical knowledge against dangerous unapprised serious political decisions, that are damaging to democracy and science.

[1] For looking at ISIS from the lens of these multiple factors see:

And for what may be described as the non-interventionist interventionism of the Obama administration in Syria, see Achcar, Gilbert. Morbid Symptoms: Relapse in the Arab Uprising. Stanford University Press, 2016.

[4] See Camartoa, Steven. “The Case Against Immigration: Why the United States Should Look Out for Itself.” Foreign Affairs. March 31, 2017. Available at: goo.gl/IwGCRM (last accessed March 31, 2017)

[5] Lyons-Padilla, Sarah and Michele Felfand. The Social Scientific Case against a Muslim Ban. The New York Times. February 18, 2017. Available in this link:

[6] Rogers, Paul. Washington’s Wars: In a fix: A distracted Trump administration is unable to focus even on its own anti-ISIS summit. Open Democracy. March 23, 2017. Available at: https://www.opendemocracy.net/paul-rogers/washingtons-wars-isis-trump-military