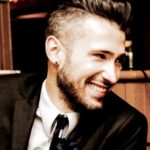 In 2000, Jeff Sessions, Donald Trump’s pick for Attorney General, argued before the Senate that disability rights in education “created a complex system of federal regulations and laws that have created lawsuit after lawsuit, special treatment for certain children, and that are a big factor in accelerating the decline in civility and discipline in classrooms all over America.”

This is a longstanding view of Sessions, who in the late 1990s and early 2000s focused his efforts in educational policy around school safety and discipline while also proposing an amendment striking activities related to hate crimes from national training and education programs. With so-called “Ed-Flex,” Sessions and other Republicans in 1999 argued that arrogance on the part of the federal government acting as a “super school board” – thinking they know better than local communities about how to educate their children – only creates headaches.

To many critics, an Attorney General Sessions signals an era of rollbacks in civil rights and disability rights policy. Distressingly, his is not an anomalous viewpoint.

The fight for equal rights in education has been an integral part of the disability rights struggle. Policymakers and activists sought to establish key educational civil rights laws demanding that the government make good on its promise to enforce antidiscrimination and equal rights provisions enacted by Congress in the early 1970s and again in the early 1990s.

Problems of enforcement, however, surfaced from the get-go. Following the failed attempt to include disability as grounds for discrimination in the 1964 Civil Rights Act, Section 504 of the 1973 Rehabilitation Act guaranteed equal rights and protection from discrimination. But the executive branch stalled in drafting and implementing regulations leaving disability rights policy with a weak enforcement mechanism. Not surprisingly, the American Council of the Blind characterized America’s disability rights legislation as “separate and unequal.”

A growing movement among policymakers and the disability community to guarantee children with disabilities the right to free and appropriate public education eventually led to the 1975 Education for All Handicapped Children Act. The law –later renamed the Individuals with Disabilities Education Act (IDEA), which Sessions is specifically referring to in his 2000 statement – ensured equal access to mainstream education wherever possible.

However, in early hearings the executive branch criticized the policy and favored allowing states to administer their own educational programs. By the end of the decade, the National Association of College and University Business Officers argued that disability rights laws created “severe inflationary pressures.” Then in 1979, the Supreme Court ruled in Davis v. Southeastern Community College that the college did not violate the law when it denied the plaintiff (who had a severe hearing disability) admissions to their nursing program. This created a legal precedent described by disability rights advocates as “judicial resistance,” which ran counter to congressional intent in disability rights for decades to come.

Throughout the 1980s, the Reagan Administration, the courts, some members of Congress and other powerful interests sought to undermine disability rights laws including attempts to withdraw the Education for All Handicapped Children Act’s protective regulations. The American Federation of Small Business referred to disability rights as “unnecessary expansion” and “bureaucratic intrusion” by the federal government. In 1988, the landmark Americans with Disabilities Act (ADA) was introduced in Congress but again, despite wide bipartisan support, detractors focused on its so-called “unintended harms.” Backed by some legislators, the National Association of Manufacturers and the National Federation of Independent Business claimed the law would have the opposite effect of scaring employers out of hiring people with disabilities. As I show in my work with Michelle Maroto, evidence for these purported unintended effects is not particularly compelling.

Rather, improper enforcement of disability rights legislation has contributed in part to growing unemployment rates, stagnant wages and continued obstacles in education among Americans with disabilities. Congress recognized these so-called failures with the 2008 ADA Restoration Act. But again, the same rhetoric surfaced among its detractors. The U.S. Chamber of Commerce referred to the Restoration Act as “a radical expansion of the ADA” having “far-reaching effects and unintended consequences.”

Disability rights policy highlights the irony in American policy making – a lunging forward with policy innovations that made the US a disability rights leader – and the many steps back that undermined the efficacy of equal protection laws. Many Democrats and Republicans were dismayed when the Senate in 2012 failed to sign the UN Convention on Disability rights whose language was modeled after the ADA. Former Republican Senator Rick Santorum framed the opposition as a matter of American sovereignty. And what of economic outcomes among Americans with disabilities? According to the Bureau of Labor Statistics, only about 17.5% of people with disabilities were employed in 2015. When they do work, Americans with disabilities earn about 30% less than workers without a disability.

Laws like the ADA and IDEA are critical in providing equal opportunities in education and employment – to help people with disabilities break out of occupational ghettos and improve their overall economic well-being. Sessions’ confirmation may pose a threat to disability rights but it wouldn’t be the first time policymakers sought to undermine existing equal rights and antidiscrimination provisions. It is important, now more than ever, for a broad coalition of political elites, activists and everyday citizens to be vigilant in monitoring policy developments ensuring that retrenchment in disability rights (and in other areas) does not occur.