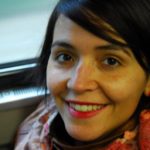 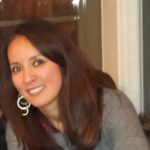 We live in an age of increasing nationalism. From Brexit’s “Take back control” to Trump’s “Make America great again,” and from Modi’s “Make in India” initiative to Erdogan’s “Strong Turkey,” leaders who play the “nationalism card” are building popular support. Various polls show more people on the far right of the political spectrum, yet in the midst of such intensified nationalist fervor, nations stand as internally divided as ever. How is this possible? How is it that nations can be so divided if nationalism is on the rise? How are we to interpret intensifying national divisions in the face of intensifying nationalism? In order to explain this paradoxical situation, we argue that many of today’s nations are experiencing what we call “emotional disintegration,” which is brought about by two interrelated and overlapping mechanisms: social and political polarization. While states are staying intact and nationalism as an ideology is getting stronger, nations, as living entities, are getting more polarized and split. This process eventually leads to the dissolution of nations even if they are territorially intact. Turkey presents a stark example.

In Turkey, social and political polarization has steadily intensified thanks to partisan manipulation of longstanding ethnic and religious cleavages. A questionnaire conducted by KONDA in March 2016 revealed that 50% of respondents disapproved of their children marrying a partner from a different ethnic or religious background. Unpacking this figure, 50% of ethnic Turks and 37% of ethnic Kurds disapproved, while 52% of Sunnis and 18% of Alevis did. However, ethnic and religious cleavages are not the only determining axes of polarization. As demonstrated by Emre Erdoğan, in a 2016 survey, party affiliation is another salient marker of division. 83.4% of the participants did not want their daughter to marry a partner who supports the political party that they feel most distant from. Similarly, 78.4% don’t want to do business with someone who supports the political party that they most strongly oppose.

Turkish polarization is clearly observable in the reactions of social media users in the aftermath of events that one would normally expect to generate unity, like a fatal violent attack. For instance, on October 13, 2016, during a soccer match between Turkey and Iceland in Konya—a conservative city in Central Anatolia—Turkish fans noisily interrupted the minute of silence held to honor the victims of the October 10 terror attack in Ankara, allegedly conducted by ISIS. The fans’ behavior led to divided reactions on Twitter. “It is a shame to live in the same country with those who are pleased by the Ankara Massacre. They cannot be human!” wrote one Twitter user. By contrast, another Tweet said, “We are proud of the disruption we cause. Yes, we, people of Konya, are fascists and bigots but we are neither traitors nor enemies of Islam like you.” Another Twitter user drew attention to the recent changes to the ticketing system undertaken by the ruling Justice and Development Party (AKP): “The booing in Konya demonstrates perfectly how Passolig fascism has transformed the stadiums. Real fans are outside the stadium, while AK militias are inside. Passolig will be destroyed!”

Such division could also be observed after the attack on Istanbul’s Ataturk Airport, alleged to be conducted by ISIS. Following the attack, some citizens accused the AKP of taking a passive stance in probing ISIS activities in Turkey. After the AKP voted against the opposition parties’ proposal to investigate the attack one Twitter user said: “Who rejected the proposal to form a commission to investigate ISIS? AKP. Yet, we get to be blamed when we say ‘the murderer is AKP, the murderer is the state’”. A pro-AKP user backlashed: “When a bomb explodes in Belgium’s airport the culprit is ‘the terrorists’, when it explodes at the Ataturk Airport the culprit is deemed to be ‘the state’. Because being a traitor requires so!”

These two attacks are not the only ones that took place in Turkey over the past year and a half. There have been several other fatal attacks, mostly carried out by the Kurdistan Freedom Falcons (TAK)—an offshoot of the Kurdistan Workers’ Party (PKK). However, because of the ethnic cleavages underlying those attacks the divisive reactions emerging in their aftermath are not surprising. The Ankara attack, which constitutes the background of the incident at the soccer match in Konya, and the attack on the Ataturk Airport, on the other hand, have not been claimed by any particular group (although ISIS is the primary suspect in both). Yet, they have still managed to divide the public. Social media reactions in the aftermath of these attacks suggest the intensity and depth of political divisions in Turkey beyond ethnic and religious cleavages, and they put forward partisanship as an equally important element.

The emotional disintegration that emerges out of this increasingly salient polarization is not unique to Turkey. It corresponds to a global pattern of social and political crisis triggered by the anxieties over who owns the nation. Despite this general pattern towards polarization within nations, particular historical legacies and contingencies still render each case unique in the ways in which social cleavages interact with partisanship. Work on this issue is just beginning. The pressing question is: How can sociology contribute, both methodologically and theoretically, to understanding this global phenomenon while attending to the particularities of each case?