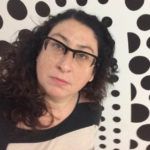 Terrorism experts are back in the news, with the increasingly bizarre story of Sebastian Gorka. For a brief period in late April, rumors flew that President Trump’s controversial counterterrorism adviser might be leaving his White House role. Gorka had faced calls for his ouster following revelations about his ties to Nazi sympathizers, and broader questions about his credentials—he is distinguished by not only his extremist anti-Islam views, but also his seeming lack of any pertinent training or background. Born to Hungarian parents in the UK, Gorka migrated to Hungary after the fall of Communism, pursuing a career as a defense expert. Yet after being rejected for a Hungarian security clearance, and a failed run for mayor of a small town, he left Hungary to pursue his fate in the U.S., where he found a home in the far-right media sphere of Breitbart News. But Gorka kept his job, and following a suicide bombing in Manchester, England that killed some 22 people, he was back on Fox News commenting on the attack in his capacity as a “counterterrorism expert.” Gorka’s rise tells us a lot about how this area of expertise operates.

Gorka is distinguished by not only his extremist Islamophobic views but also his seeming lack of any pertinent training or background. Contrary to the expressed views of past administrations, Gorka believes that terrorism is essentially rooted in Islam, that the U.S. should see itself as engaged in a “counter-jihad,” or clash of civilizations, and in short, that terrorism poses an “existential threat” to the U.S. Although he identifies terrorism with the Arab/Muslim world, he does not speak Arabic, and has no particular training in Islam or the history or politics of the Muslim world. Further, he seems to have a disregard for expertise altogether: he rejects “nuance,” has expressed disdain for publishing research in peer-reviewed journals, proclaiming instead that he speaks to the “warfighter.”

Perhaps most significantly, other terrorism experts have vehemently sought to discredit Gorka: one established terrorism analyst reported that “”no one has anything nice to say” about him, and that “he has the level of expertise “one would expect from a Congressional intern.”” At the height of the controversy, #faketerrorismexpert was even briefly trending on twitter. How does such an unqualified character become the president’s right-hand man on questions of terrorism and national security? I suggest that the answer may be found not in anything peculiar to Gorka as an individual, or even the oddities (many though they are) of the Trump administration, but in the history and structure of the field of terrorism expertise, and the ways that it has constructed terrorism as a problem.

Gorka is not a unique figure: The history of the field is littered with similarly “unqualified” and “discredited” individuals, who have often been tagged by others as “self-proclaimed experts.” Among the most notorious are Steven Emerson, known for multiple embarrassing gaffes including his declaration that the 1995 Oklahoma City bombing was the work of Islamic extremists, and Claire Sterling, whose conspiracy-theory laced book claiming that international terrorism was bankrolled and organized by the Soviet Union was adopted by President Reagan as a framework for his “war on terror” in the 1980s. More recently, Evan Kohlmann, who rose to prominence at a young age to become the U.S. government’s most prominent expert witness in terrorism-related trials, has been called a “hand for hire … in the ‘guilty verdict industry.” Kohlmann’s theory of “radicalization” commits one of the key sins of social science research, relying upon selection on the dependent variable: he points to characteristics shared by “extremists” without taking into account the likelihood that these same factors may be shared by ordinary individuals. Significantly, critiques like this one were brought not by defendants against whom Kohlmann has testified, or leftist critics of the “war on terror,” but from academics, lawyers, and, most notably, other prominent and respected terrorism experts. While “experts” of questionable provenance are found in a variety of fields, terrorism studies is distinguished by a proliferation of self-proclaimed experts not only in the media, but also as key producers of research and advisers to government.

Why do the media and the government continue to rely on such dubious sources of expertise?   How and why do these sorts of “experts” seem to repeatedly reemerge, no matter how often they are discredited? In order to answer these questions, we must understand the factors characteristic to the field of “terrorism expertise” that enable such discredited/discreditable individuals to become prominent terrorism experts.   These include both the “open” structure of the field, and the way that “terrorism” has been constructed as a problem and an object of expertise.

In my research into the field of terrorism expertise, I found that a defining structure of the field was that it had extremely porous boundaries— meaning that there was little in the way of credentialing, and almost anyone could take on the role of “expert.” As I conducted interviews with terrorism experts, those with more training or who had been active in the field for longer periods of time repeatedly lamented the prevalence of “self-proclaimed experts.” One even related an encounter in which two advisers to a government counterterrorism expert attributed getting their jobs to having the only qualification this person wanted: “We knew nothing about terrorism.” Another terrorism researcher told a reporter that “[p]eople [in the government] would feel mostly indignant, they would get upset when we said you have to understand the motivations of terrorists.”

A second factor enabling the prevalence of such uncredentialed experts is the way that terrorism has been constructed as a problem and an object of knowledge. Particularly important here is the persistent association of terrorism with racial and ethnic “others,” seen to be motivated not by realistic or understandable political goals, but instead by “evil,” as when President Bush declared that Osama bin Laden was “an evil man” with “evil goals.” In a world where “explaining” can be conflated with “justifying,” those who seek to understand the social, political, and historical roots of terrorist violence are liable to be denounced as too “sympathetic” to terrorists to be reliable sources. And the persistent association of terrorism with “evil” and “irrationality” in the popular mind allows those who traffic in conspiracies and Islamophobia to gain prominence, even as other experts denounce and debunk such views.

The continuing association of “terrorism” with Islam, and the inability of both experts and the government to settle upon a solid definition of “terrorism” allows for public debates on the subject to be dominated by politicized claims, and makes the field fertile territory for “self-proclaimed experts,” particularly those hawking an anti-Muslim and fearmongering approach to the subject. Even as more mainstream and credentialed terrorism scholars attempt to discredit “experts” such as Gorka, similarly ill-qualified individuals successfully gain access to political power and the media spotlight, the result of a field of knowledge that continually enables this sort of “expert.”

One thought on “Fake terrorism experts?”