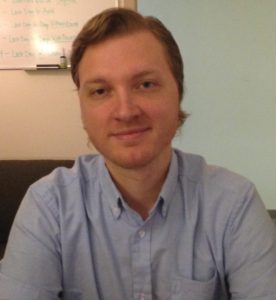 Trump might have condemned trade liberalization, but his administration is – on all other accounts – ready to implement an intensive, neoliberal agenda.

It’s true that Trump campaigned against free trade, and has since promised to target U.S. corporations that relocate overseas by implementing a 35% tariff on their imports. Free trade, however, constitutes only one component of the neoliberal economic agenda that has taken shape over the last several decades. Neoliberalism generally involves the removal of the state from the affairs of its citizens, with the exception of the security state. In addition to free trade, neoliberal economic policies have specifically included deregulation of the economy, privatization of formerly state-run and public enterprise, and supply-side economic policies that reduce the burden of taxation on corporations and the upper-class.

Following his election, Trump released a video detailing his primary objectives come January. He declared that he “will formulate a rule which says that for every one new regulation, two old regulations must be eliminated.” Here I offer an overview of the neoliberal agenda to come, broken down into key areas.

Financial regulation. The Trump team has said that it wants to dismantle the Dodd-Frank Act, which was passed in the wake of the 2008 financial crisis. Steve Mnuchin, the incoming Treasury secretary, has made rollbacks of the legislation his number one priority, including stripping “back parts of Dodd-Frank that prevent banks from lending.”

Energy. Trump has vowed to eliminate regulations on energy production and encourage drilling. He has planned to diminish carbon and mercury emissions limits on facilities fueled by coal, endorsed the Keystone XL pipeline, and sought a way to remove the U.S. from the 2015 Paris Agreement, which aims to reduce greenhouse gas emissions in an effort to combat global warming. And, in the most telling sign of environmental times to come, Trump nominated Oklahoma Attorney General Scott Pruitt to head the Environmental Protection Agency (EPA). As Attorney General, Pruitt has legally challenged EPA regulations and has even sued the agency over its requirements.

Medicare and education. Although Trump vowed to strengthen Medicare on the campaign trail, he nominated Representative Tom Price (R-GA) as his Secretary of Health and Human Services. Price is an outspoken opponent of the Affordable Care Act and has stated that Congress will pursue Medicare privatization efforts within a year after the Trump transition. Trump has also nominated philanthropist and school choice activist Betsy DeVos as his Secretary of Education. DeVos has long supported a private voucher system and charter schooling instead of increased spending for public education.

Taxation. Trump and his incoming administration support supply-side economic policies. Trump has asserted that he will reduce the corporate tax rate from 35% to 15% in order to spur growth. In addition, he has planned to consolidate the existing tax structure into three tax brackets. In doing so, though, some estimate that most benefits will accrue to the top 1%, including around half of the tax cuts proposed by his new plan. And finally, Trump recently nominated fast food CEO Andrew Puzder for Secretary of Labor. Puzder has been a vocal opponent of the Obama administration’s moves to increase the federal minimum wage, and he has praised the automation of work.

Military and police. While neoliberals have championed a small state they have often beefed up, and sometimes heavily utilized, their security forces, including the military and law enforcement. Under Reagan, the U.S. invaded the tiny Caribbean island of Grenada, and, under Thatcher, the U.K. waged war with Argentina over the Malvinas/Falkland Islands. For his part, Trump has loudly proclaimed his support for police officers amid criticism headed by Black Lives Matters protestors, and he has routinely promised to bring “law and order” back to the country. Following his election, private prison stocks indeed surged. As Trump has promised to prioritize the deportation of undocumented immigrants and made “law and order” a centerpiece of his campaign, investors are speculating that Trump’s policies will require even more prisons and detention facilities. And although Trump initially supported a cut to the military budget, he called for increased military spending throughout his presidential campaign.

In the end, while Trump has criticized broad and encompassing free trade agreements his agenda largely champions fairly standard, neoliberal economic policies: deregulation, privatization, corporate tax cuts, and a disproportionate amount of benefits for the rich. Trump, of course, has repeatedly defied predictions, but his projected policies offer no indication that neoliberalism is dead. Far from it, neoliberal economic policies are poised to thrive under the new administration.

In most ways then, Cornel West is wrong in his assessment of the state of neoliberalism in the U.S. We might, however, consider how to theoretically make sense of Trump’s economic policies given some existing differences. Indeed, his policies do not mimic the Reagan and Clinton brands of neoliberalism that championed free trade, and most of his policies are certainly not post-WWII neo-Keynesian endeavors.

Perhaps one way to understand Trump’s economic program writ large is as a nationalist form of neoliberalism that stops at the border. At the same time though, Trump is surely not opposed to international business and foreign direct investment, as he himself has invested and built properties in countries all throughout the world. So what is it that we are now witnessing?

6 thoughts on “Making Sense of Neoliberalism under the Trump Administration”