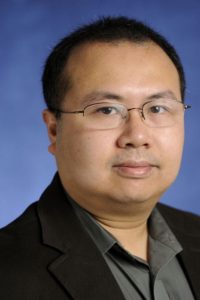 Anti-Globalism is on the rise. The US has just elected a new president running on an anti-globalization platform, promising to withdraw the US from major multilateral trade deals, force US companies to move their manufacturing operations overseas back home, and raise high tariffs against foreign imports. All of a sudden, the US, which has been a world leader pushing for globalization over the last three decades, is on the way to becoming the champion of de-globalization. What might this mean for China?

Many commentators’ knee jerk reaction to US retreat from globalization is to ask whether China, the second largest economy in the world and the greatest beneficiary of globalization, would take the lead to become the new leader of globalization. Many claim that America’s inward turn offers China the best opportunity to assume global leadership. Fareed Zakaria wrote that “Trump could be the best thing that’s happened to China in a long time,” Washington Post ran an article titled “Trump kills TPP, giving China its first big win.” The globalization to follow will be conducted under the rule written by China, not the US, they say.

The question is, can China really take the place of the US to lead globalization? Can we have continuous globalization without US leadership? The answers to both questions are no. Expansion of global free trade since the 1980s has been largely driven by American consumerism. Globalization will be hard to move forward without this consumerism and without US maintenance of its market openness to the world.

For decades, the US has been running the largest trade deficit with the world, while every other major economy (Europe, China, Japan, etc) has been running surpluses of different sizes. Since the 1980s, the US has been leading the world into globalization through opening its own market for foreign manufactured exports in exchange for its trading partners’ openness to US investment. The result is a massive exodus of US manufacturers to low wage countries like Mexico and China, manufacturing consumer goods there and exporting them back to the US.

It is how the global supply chain network, the bedrock of globalization, was born. Export-oriented economies like Japan and China import raw materials and components from around the world, and then they turn these ingredients into final consumer products like cell phones and toys to be sent to the US and other consumer markets. The US is always “the consumer of last resort” for the global economy. Without US consumers, there will be no globalization.

This special role of the US consumer market in the global economy is not accidental. It is the outcome of two historical developments dating back decades or even a century ago. First, as Monica Prasad points out in her Land of Too Much, American political economy is unique compared with other advanced capitalist economies. The US tax system promotes consumption and represses savings through the absence of heavy federal-level sales tax and myriad tax deductions for specific kinds of consumption. In contrast, tax systems in France, Germany, and Japan have been promoting savings and export, and repressing consumption through heavy value-added taxes. The uniqueness of the US fiscal structure can be traced back to its late-nineteenth-century high agricultural productivity (and hence overproduction problem), as well as the importance of agricultural states’ voters in the political system.

While American capitalism has been uniquely biased toward consumerism, the role of the US dollar as the global reserve currency since 1945 allows and necessitates the US to run large current account deficits with the world. To maintain the dollar’s grip on the world economy—and to continue as the default currency of international transaction and denominator of foreign exchange reserves across the world—the US has to provide the world with sufficient liquidity through a massive outflow of its money. This foments a chronic and large current account deficit by the US with its global trade partners. As such, a large and expanding trade deficit is tolerable, if not necessary, to the functioning of the American economy.