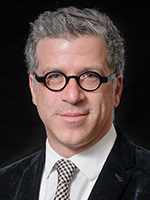 After the Brexit referendum and Donald Trump’s election, 2017 was feared to be the year when populist forces take over the West. The wave actually subsided. Populism is not on the retreat, but it has lost its aura of inevitability. This post explores the consequences for the European Union.

The nature of the threat
We can define populism as a discursive strategy employed by political entrepreneurs who claim to embody a virtuous people against morally corrupt elites. Whether left or right, in opposition or in office, populists challenge pluralism and seek to undermine the liberal-democratic institutions that protect both minorities and educated elites.

To some extent, populists provide a galvanizing answer to the economic insecurity of the middle class – the so-called losers of globalization. But they especially feed off the cultural backlash provoked by the rise of diversity of modern societies. Although there is no consensus on whether “populist sentiment” is stable or rising, we know there is no perfect correlation between public opinion and political strength: electoral systems and circumstances go a long way towards explaining the success of populist forces in some countries while they fail in others. With a US-style electoral college, Marine Le Pen may be French president; with a proportional system like Austria’s, Hilary Clinton would be US president.

For the European Union, populism is particularly threatening because “Brussels” encapsulates open borders, the rule of law, and the need to compromise – all anathema to populists. Although more democratic than many of its member states, the EU is also the elite project par excellence, catering to a cosmopolitan civil society, dismissive of socio-economic traditions, and speaking a language that people do not understand. Although not all populist leaders oppose trade liberalization (e.g. UKIP) or immigration (e.g. 5 Stelle), they all use “Brussels” as a negative symbol of treacherous elitism, wasteful institutions, and misplaced concern for minority groups.

Three scenarios where the EU goes off track
Although the situation is undoubtedly better in 2017 than it was in 2016, I still see three scenarios in which populist forces can derail European integration. The first two scenarios are exogenous to the EU, which becomes the collateral damage of populist domestic politics. But the third one is endogenous and may be caused by dysfunctional EU politics.

The election of a populist leader in a large core member state or a critical mass of populist governments in smaller member states would be the most destabilizing scenario. Such leaders would make it impossible for the Council, which exerts the political leadership of the EU, to deal with emergencies (e.g. the Greek crisis) or make strategic decisions (e.g. Eurozone governance). Gridlock or bad blood in the Council would leave the EU diminished and weak.

In the short run, this scenario does not seem very likely, thanks to Emmanuel Macron’s victory in France. A strong showing on the part of Marine Le Pen or Jean-Luc Mélenchon would have kept the momentum on the populist side. But with the UK having excluded itself from the core of European politics, populist governments in Hungary and Poland can largely be contained by the Paris-Berlin axis.

Italy is now the only large country that could elect a populist party in the next year. Recently held regional elections have given pause to Movimento 5 Stelle, which promises a referendum on Italy’s eurozone membership. They have also hinted at the possible resurgence of a right-wing coalition between Berlusconi, populist avant la lettre, and the arch-populist Lega Nord. But even a populist government in Rome would face a strong Franco-German wall and remain isolated.

A second scenario would be the election of a large contingent of populist MEPs in the next European Parliament. Currently, anti-EU forces represent approximately 20% of the hemicycle. Although this number is likely to increase in 2019, this scenario would have less important consequences than a strong populist presence in the Council. The treaty-backed free circulation of goods, services, capital and people would not be affected, so the EU’s basic functioning would not change much. Isolated, this scenario is not lethal.

The main impact of this scenario would be felt on the diffused political culture that has supported regional cooperation since the 1950s. Tthe Commission would find it harder to collaborate with Parliament if it cannot rely on the current pro-European grand coalition of moderate conservatives, liberals, and social-democrats. The adoption of progressive policies and free trade agreements would become much trickier, as the agenda would switch to symbolic debates around identity or naked horse-trading on the budget. A raucous European Parliament would also have negative consequences for the ability to solve collective problems such as Eurozone governance, climate change, or internal mobility.

The third, endogenous scenario would be the adoption by mainstream national leaders of populist strategies as a result of adverse developments in European politics. It is not difficult to imagine that, in 2017-18, the unresolved migration crisis, diverging strategies over Brexit, and negotiations over the EU budget become acrimonious. If populism is a strategy and not an ideology, some leaders may be tempted to use it in public negotiations as a way to placate domestic audiences or neutralize coalition partners. Although not as explosive as the prospect of radical populists taking over the Council, this scenario would worsen the stalemate that has afflicted EU decision-making since the early 2000s.

Who are the primary suspects for resorting to populist strategies? Probably not Angela Merkel or Emmanuel Macron. But the German FDP would probably not shy away from using populist discourse to join a government with the CDU. To bolster their weak minority or coalition government, Spain’s Mariano Rajoy, Holland’s Mark Rutte, Italy’s Matteo Renzi or even Finland’s Juha Sipila may be tempted to do the same. And then there’s Poland, Hungary, the Czech Republic and Slovakia whose leaders have a track record of blaming all things foreign.

Are populists shifting their attention away from the EU?
Although populism is not necessarily gaining strength in public opinion, it remains an attractive strategy for populist leaders in search of elite-looking targets. They will not win every time, but the center of gravity has shifted towards the anti-elite, anti-diversity discourse. As a result, the risk for a populist accident increases.

That said, the extent of Marine Le Pen’s defeat in France is instructive if we want to think about the impact of populism on European integration. Although her victory was never highly likely, her poor showing in the second round can be explained in large part by her flip-flopping on the Euro. While half the French do not like the EU, only a quarter want to return to the Franc. Conversely, Macron’s victory broke the spell according to which politicians win elections on the back of the EU. Looking at the evolution of public opinion on EU membership and particularly on the Euro, it is not impossible that EU bashing becomes more marginal than it once was in populist discourse. So although the continued strength of populism means there is no appetite for further integration in the fields of migration or social policy, I don’t see populism killing the EU in the near future.

Now, is it better bring opponents inside the tent or to keep them outside? That was one of the most heated questions at the most recent EUSA conference roundtable on the EU in the age of nationalism, held in Miami. Allowing populist and nationalist forces to reinterpret Europe as a Christian concert of sovereign states would bring about the resurgence of border and minority conflicts. But excluding these “alternative” views from ordinary politics would turn the EU into precisely the kind of elitist, neoliberal, cosmopolitan project that is rejected by a significant proportion of the population who feel, rightly or wrongly, that they are losing out.