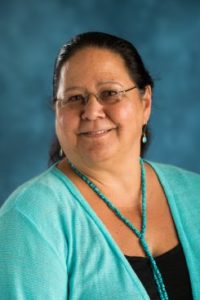 The various Muslim bans that President Trump keeps coming up with saddens me as a sociologist because I happen to be a Muslim, thankfully not from a banned country (yet), and a naturalized American citizen (but a status that can be revoked). It is especially bitter for me to analyze the Muslim ban at this particular juncture because I am teaching a “Silences in University of Michigan History” course this term to commemorate the university’s bicentennial. In the course, we first discussed the origins of the university, studying how the historical fact that these were once Native American lands was silenced in the official narrative. When President Trump started to try out and fine-tune his Muslim ban, we had just begun to cover the Cold War and McCarthyism, analyzing how the UM administration expelled faculty members for allegedly being or feeling close to communists. I helped my students understand the McCarthy era by discussing how fear was instrumentalized to get the US public to choose security over civic liberties, how ideological ties were defined in an ambiguous and haphazard way to persecute faculty in a literally random manner, and how lost their jobs and their wellbeing, suffering for decades. I then ended up by conjecturing about what could happen to me today as a Muslim faculty member, if and when fear trumps reason to cause harm as it did in American society sixty years ago. It is thus with a very heart that I draw unsettling parallels between the violence that was once produced in the US past through the communist threat, and the possible violence that could be generated today through an imagined Muslim threat…