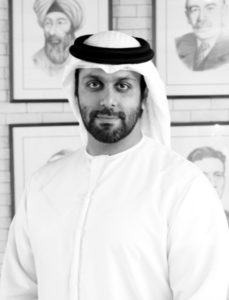 The situation in West Asia may seem hopeless. Syria is in a civil war that has turned the country into a global breeding ground for extremism. Iraq continues to struggle under sectarian and secessionist tensions, weak governance and high levels of corruption. A resolution to the conflict in Yemen remains elusive with a looming humanitarian crisis. Bahrain’s internal tensions are far from resolved. Lebanon may have finally been able to agree on a president, but it’s unclear what its path for normalisation is. There is an overarching theme in the region, the resolution of which would have far-reaching consequences. While all of these countries’ challenges have genuine domestic roots, the so-called Sunni-Shia crisis continues to accentuate it. The resolution of that crisis would go a long way towards peace in West Asia – at least its Arab parts. Here’s what the road to that peace between Iran and the Gulf states, led by Saudi Arabia, looks like.

Every revolutionary state by nature of its aims is viewed as illegitimate by its neighbours. Discerning embattlement, that sense of heterogeneity quite quickly drives that revolutionary state to expand. America, in early steps towards manifest destiny, defied the British by expanding westwards beyond the proclamation line of the Appalachian Mountains. France did similarly in its first revolutionary wars against Britain, Austria and other monarchies, and later during the Napoleonic wars across Europe. Russia charted its own expansionary course west towards Poland, south towards the south Caucuses and Central Asia, and South East towards Mongolia.

The Iranian revolution, feeling no less embattled than previous revolutions, is no different. However, unlike the earlier three, Iraq’s Saddam Hussein interrupted it from immediately expanding in the same way. Locked in a war for eight years, except the Lebanese militia Hezbollah, Iran wasn’t able to significantly expand its revolutionary footprint. Due to mere incompetence, Saddam, much better armed and supported by the West and Gulf countries, failed to win the war and invade Tehran. For the fledgling Iranian regime, the survival of the war was a huge victory, even providential. Muslim Shias’ political memory is one of victimhood and usurpation of rights. So in many ways, the survival of the war was viewed as confirmation that God blessed the revolution. However, it also left a huge trauma within the leadership of the revolution. This applies across the spectrum today from President Rouhani and Foreign Minister Zarif to Parliament Speaker Larijani and head of Quds Force Soleimani. For them, I suspect, they never forgot that the West and GCC countries supported Iraq in the war. While the West cannot be trusted but has things to offer such as markets and technology, the Arab Gulf states are viewed less crucially.

Following the September 11 attacks, the American invasion of Iraq and Afghanistan opened up the region for Iran. It is now finally having that belated expansion that is necessary for revolutions. Iran today has significant activities of varying degrees in Lebanon, Syria, Iraq, Yemen, Afghanistan and Pakistan. It also regularly opines on the state of Shias in Bahrain and Saudi. In many ways, Iran is no longer a revolutionary power but rather a status quo power. For Iran, Waterloo is not lost. And so for them, the survivors of the Revolution and the wars of the eighties, it’s hard to seek peace and reconciliation with Gulf countries. An older generation must pass, and a new one must come to power with a more contemporary memory. That is the challenge on that side of the gulf.

For Gulf countries, their challenge is to demonstrate to Iran, and the world, that they are not cities of salt. Because, like Singapore and South Korea, they are ahistorical. They must show that they will continue to defy the gravity of history. The Iranians believe the Gulf will fail. I think their regional strategy is to ultimately replicate Syria in West Asia as a whole. Effectively, this presents the world with a stark choice between a pro-Iran camp and radicalisation. In the case of Syria, European countries, on the whole, have become resigned to the survival of the Ba’ath Party regime, with Bashar Al Assad eventually being removed as a fig leaf of change. The Iranians believe that the Gulf will fail because of its generous welfare state, its dependency on oil and inability to diversify, and its absence of comparable millennia-old civilisation. Fundamentally, these factors drive a perception of the Gulf States lacking resilience. Hence, with Turkey effectively preoccupied with its internal reordering, the world should depend on Iran for delivering this region to them. In this context, the Gulf must embark on a radical transformation. This would probably include some version of NATO (possibly with Egypt and Jordan), genuine and sustained diversification of the economy, restructuring of the welfare state, and massive improvement in the state of education and the labour force. It is in this light that one should view the young and ambitious deputy crown prince of Saudi Arabia, Mohammed Bin Salman; he is fighting history: an arc that bends not necessarily forward but against this desert.

If Iran’s leadership undergoes a generational change and the Gulf succeeds in its transformation, then there is no reason why a grand understanding or a final conversation can’t be had. Together, they could build an economic bloc worth $3 trillion dollars. Iran boasts human capital, though it suffers a constant brain drain, which regularly does well in Europe and America. It also has a beautiful geography and climate, which could be attractive for tourism. Gulf countries boast capital, excellent infrastructure, and (primarily led by the UAE) effective governance systems. Most significantly the Gulf can offer Iran a state of normalisation. Revolutions do not have finish lines and rarely exit paranoia without feeling intellectually empty. Gulf countries exist in a normalised state where they are broadly reconciled with the world.

This is why I believe peace is possible. All we need is time. Time for Iran to move on and for the Gulf to move up. Once both sides of the Gulf can bridge their gulf, the rest of the region’s local issues, though they will remain, will become much less entangled.