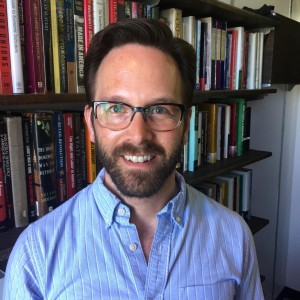 One of the few bright spots amidst otherwise distressing news on growing inequality in the U.S. has been the success of efforts across the country to raise the minimum wage. While congressional gridlock has kept the federal minimum wage frozen at $7.25 since 2009, twenty-nine states have raised their minimum wages on their own, including in conservative “red states” like Arkansas and Nebraska. Additionally, several municipalities have raised their minimum wages even further, with cities like Seattle, San Francisco, and Los Angeles reaching as high as $15.00/hour in the coming years. Many of these minimum wage hikes were the result of ballot initiatives, which voters approved in most cases by wide margins. Polling data shows that roughly three-quarters of Americans favor raising the minimum wage by up to 50 percent.

More broadly, there has been a wholesale shift in the terms of debate surrounding the minimum wage. Whereas the debate two years ago was over President Obama’s proposal to raise the minimum wage to $10.10/hour (an increase of nearly 40 percent), today the target number has shot up to $15.00. Mainstream Democrats like New York Governor Andrew Cuomo support that target, along with those further to the left like New York City Mayor Bill de Blasio and Presidential candidate Bernie Sanders. Meanwhile the “moderate” position endorsed by Sanders’ primary opponent Hillary Clinton is a target of $12.00/hour. To be sure, Republicans continue to oppose any minimum wage hike, with billionaire candidate Donald Trump famously declaring that wages are “too high” in the U.S. Nonetheless, the very fact that political candidates are being asked to take a position on the question of a $15/hour minimum wage shows how far the debate has evolved in recent years.

That 15$/hour target didn’t just happen. It was pushed onto the public stage by a collection of national and local “living wage” movements, most notably the “Fight for $15” campaign associated with SEIU, a major labor union. Their public protests and mobilizations have put wind in the sails of the $15 number, transforming it within a few short years from an unrealistic fringe demand into a serious policy proposal.

This is no small feat. It is a significant accomplishment that will make a real difference in the lives of millions of low-wage workers. But it’s not enough. Without diminishing the importance of raising the wage floor for workers, the problem goes far deeper than wages. Workers don’t just need a raise; they need more power.

Fight for $15 and its allies know this, which is why their demand is not simply for a $15/hour minimum wage, but for “$15 and a union.” However, even as the first part of the demand has gained traction across the country, the second part has been stuck in neutral. Currently barely over one in ten U.S. workers holds a union card, down from one in three fifty years ago.

While the causes of that decline are beyond the scope of this piece, the effect has been to shift the balance of social power in the U.S. dramatically in favor of employers. This in turn has certainly played a key role in growing inequality and broad-scale wage stagnation over the past several decades. The problem has reached such dire proportions that even mainstream economists like Larry Summers agree that shoring up union power is necessary for broadly-shared economic prosperity. But focusing on wages misses the bigger problem.

That problem is that any contract involving the sale of one’s labor is always about much more than the price of that labor, i.e. the wage. It’s also about what happens at work while workers are fulfilling their part of the labor contract. And for most American workers, the reality is that there isn’t much negotiation involved when it comes to what happens at work. The employment contract, to the extent it exists, is largely a “take it or leave it” affair, and in most cases the employer has far more ability to “leave it” than does the worker. That means that most U.S. workers have little room to maneuver when it comes to determining not only their wages, but all the other conditions that shape their lives at work. Some employers are better than others, but regardless of how generous or stingy they are, what employers offer is almost entirely at their discretion.

To be sure, employers are constrained by competitive labor markets, which theoretically require them to match competitor firms’ wages, benefits, and working conditions, lest their workers desert them for greener pastures, especially as labor markets tighten. But as the past four decades have shown, theory does not always match practice. Even as labor markets have tightened and loosened since the 1970s, and even as worker productivity has steadily increased, most workers’ wages have barely moved. Meanwhile, pensions, benefits, and job security have eroded, and along with them any idea that employers might have broader obligations to the workers they employ, or the communities where they are based.

This is the predictable outcome when employers have virtually unchecked power to dictate terms in the workplace. Regulations like minimum wage and hour laws, anti-discrimination laws, health and safety laws, and more can and do place limits on what employers can and cannot do. But they do not fundamentally challenge employer sovereignty in the workplace.

For a country that has historically taken a dim view of monarchs and dictators, this persistence of unchecked authority in a realm of public life where most adult Americans spend most of their waking hours is puzzling. And yet, despite public reverence for the U.S. political system’s checks and balances and constitutionally-enshrined rights to freedom of speech and assembly, due process, unlawful search and seizure, and the like, most Americans check their rights as citizens at the door when they show up for work.

The only exception is in cases where workers are organized into a union. While most discussion of unions focuses on their role in negotiating wages, benefits, and working conditions, at a more fundamental level, they provide a vehicle for bringing democracy into the workplace. This more than anything is what alarms employers when it comes to unions: they infringe on employer sovereignty over the workplace. And this is what drives American employers to resist unions so ferociously: while they might be able to countenance, albeit reluctantly, regulations mandating higher wages or safer working conditions, they cannot tolerate the direct challenge that unions represent to their inviolable “right to manage.”

This is the reality that unions in general, and the Fight for $15 campaign in particular, face today. As successful as they have been in changing the discussion about raising the minimum wage, winning “$15 and a union” will require a different kind of campaign—one that goes beyond wage regulation to develop the idea of workplace democracy as a check on employer sovereignty. As I will discuss in a subsequent blog post, this will involve reviving and updating earlier notions of workplace democracy that unions themselves have largely abandoned.

Barry Eidlin is an Assistant Professor of Sociology at McGill University. He is a comparative historical sociologist interested in the study of class, politics, social movements, and institutional change. His book, Labor and the Class Idea in the United States and Canada (Cambridge University Press, forthcoming) explains diverging trajectories of working class organizational power in the United States and Canada over the course of the twentieth century. Other research has been published in Politics & Society, Sociology Compass, and Labor History, among other venues. He also comments regularly in various media outlets on labor politics and policy.