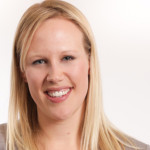 A few weeks ago, U.S. Secretary of State John Kerry announced that the Islamic State of Iraq and the Levant (ISIL) is committing genocide against Yazidis, Christians, and Shia Muslims. This announcement came on the heels of the U.S. House of Representative’s unanimous resolution condemning ISIL’s actions as genocide.

As someone who studies genocide, I was immediately flooded with messages from family, friends, and students. Was ISIL really committing genocide? Did the declaration signal forthcoming U.S. action? This was an important statement, right?

My responses to these three questions were typically 1) yes, 2) no, and 3) it’s complicated.

The first question was, in some ways, the easiest to address. Many scholars and policymakers agree that ISIL is committing genocide against several religious minorities.

A few caveats must accompany this deceptively simple answer, though. First, the definition of genocide has become politicized and convoluted. By international legal standards, genocide is strictly defined as the intent to destroy, in whole or in part, a national, ethnic, racial, or religious group. By many scholars’ definitions, however, genocide is a broader social phenomenon that involves actions targeting any social group (like a political group).

Genocidal violence is also very complex. Numerous other forms of violence often occur alongside genocide, and their boundaries overlap in multifaceted ways. Studies of the onset of genocide find different risk factors than studies of the onset of civil war, though civil war is the strongest risk factor of genocide. In this case, ISIL is committing genocide, though they are also committing terrorism and crimes against humanity, among other crimes. Genocide does not occur in a vacuum.

Does the Label of Genocide Trigger Action?

Due in part to the moral valence that accompanies the term genocide, many people assume that labeling violence as genocide triggers government action. Conversely, when policymakers refrain from using the term “genocide,” critics often contend that government officials avoid the term in order to evade the responsibility to intervene.

To be clear, nothing in international law dictates that countries must act if their representatives cry genocide. The 1948 United Nations “Genocide Convention” notes that ratifying parties can call upon the United Nations to take action to prevent or suppress genocide. Ratifying states also agree to bring perpetrators of genocide to justice. Nothing, however, officially dictates that states must intervene in ongoing genocidal violence, and efforts at creating norms to encourage intervention—like the Responsibility to Protect —are far from accepted.

In this case, it remains unclear whether Kerry’s statement will result in additional action. Many nonetheless suggest that the use of the “G-Word” may increase the collective moral obligation to respond, and there may be some truth to this. The term genocide is used sparingly for a reason, and there is a chance that such declarations can empower civil society organizations. The label does not automatically trigger any kind of response from policy makers, however. To be sure of this, we only have to juxtapose Colin Powell’s 2004 statement labeling the violence in Darfur as genocide against the fact that violence in Darfur continues today.

So Is The Statement Important At All, Then?

Many responses to Kerry’s statement have consequently cast his words as meaningless, assuming that if a label does not result in intervention, it has no value. Sociologists of knowledge would be quick to point out, however, that a label can have real ramifications. Even though Powell’s statement on Darfur did not result in intervention, it did change elements of global conversations. Examining a sample of articles from 14 newspapers worldwide, Joachim Savelsberg and I found that Powell’s statement on Darfur was cited almost 200 times, even years later. We also found that the label applied to an episode of violence was often linked to proposed solutions. Statements labeling the violence in Darfur as civil war were often associated with proposed peace agreements; statements labeling the violence as a humanitarian crisis were associated with aid-related solutions.

Naming violence can thus be very consequential. In fact, some research on genocide suggests that naming and shaming can actually reduce genocidal violence. This research is based on state-perpetrated violence and suggests that states seek to protect their reputation. Unfortunately, this means that it cannot be easily extended to genocide committed by non-state actors like ISIL. Naming and shaming could still work on non-state actors, but as ISIL builds its brand against the United States, such statements could just as easily increase its appeal among potential recruits.

This does not detract from the broader point that labeling can have real consequences. And while the label of genocide is not likely to result in action, Kerry’s statement is now part of our ever-evolving national and international conversations about ISIL.

Hollie Nyseth Brehm is an Assistant Professor of Sociology at The Ohio State University. She studies risk factors of genocide, how genocides unfold, and how countries rebuild in the aftermath of atrocity.