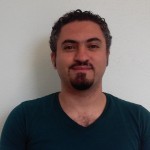 Rightist movements in Europe are on the rise, and Donald Trump has astoundingly hijacked the American conservatives’ platform. Yet at the same time thousands of miles farther in Iran, the radical right has had a hard time reaching out to the Iranian people. The irony is that while rightist politics has gained momentum in different parts of the world, the Iranian brand of right, especially since the last parliamentary elections in February and April of 2016 has lost its influence.

About three years after electing a centrist candidate, Hasan Rohani, as the new president of the country, Iranians went to the polls to elect representatives of the tenth parliament (Majlis Shoray-i Islami) as well as the fifth Assembly of Experts (Majlis-i Khobregan).[i] Although the Guardian Council (Shoray-i Nigahban) disqualified numerous candidates from both sides of the political spectrum, especially from the reformist camp, the conventional election’s run-up turned out to be contentious and the results surprising.

The Green Movement and the conservatives’ reaction

In February 2009, a few months prior to the disputed presidential election, conservatives in the eighth parliament began to splinter. The formerly united bloc of conservatives clashed over the best conservative candidate for the upcoming presidential race, and from those splinters the Fraction of Islamic Revolution (Fraksion-i Inghelab-i Islami) came into being. To this Fraction, Ahmadinejad was the best choice to win the election and defeat the reformists. Matters came to a head after the disputed race. The Green Movement, largely a reaction to the election of 2009, deeply impacted Iranian conservatives. Frustrated with the silence and inaction of moderate conservatives concerning the Green Movement, extreme conservatives labeled the moderate forces “silent collaborators of the Sedition (Saketeen-i Fitna).”[ii] This parliamentary splintering reached to its climax when an extreme political coalition (the Resilience Front) outside of the parliament was established.

The rise and demise of the radical right

Disappointed with “silent collaborators of the Sedition” and with Ahmadinejad’s defiance of the establishment, the Resilience Front (Jebheh Paydari-JP), the most extreme faction of Iranian conservatives, came into existence in July of 2011. Prominent supporters of then president Ahmadinejad founded JP after he left the president’s office in the spring of 2011. Disillusioned Ahmadinejad left the office after he discharged Heydar Moslehi, the intelligence minister enjoying the support of the Supreme Leader. The incident deeply disturbed conservatives, already agitated and divided by the Green Movement. According to Kamran Lankarani, the speaker of JP, JP’s goal was to provide the frustrated young conservative grass-roots activists a channel for political activism. “Ahmadinejad’s defiance of the Supreme Leader’s order,” Morteza Agha Tehrani, the Secretary General of JP, notes “paved the way to establish JP.” Simply put, JP was established to revive puzzled grass-roots activists’ hopes.

JP faced the first unprecedented surprise in the presidential election of 2013. The Guardian Council not only disqualified several prominent reformist candidates such as Akbar Hashemi-Rafsanjani, but a few prominent conservatives, such as mentioned Lankarani, were especially caught off guard by the Council. Although there was no official report on the disqualification of Lankarani, he was not among the final approved candidates. Lankarni, a rising star within extreme conservatives, was described by the spiritual father of JP, Ayatollah Mesbah Yazdi, as “the best candidate on earth”. He later quit the race to support Saed Jalili, the former nuclear negotiator. Jalili earned a little more than four million popular votes in the presidential race of 2013—the third place—and JP was shocked for the second time in less than a month.

JP, however, did not retreat to silence; some vocal representatives in the ninth parliament had kept JP’s hopes alive within the mainstream politics. As 2016 races were approaching, it looked like JP motivated old (i.e., Motalafe Party) and new (i.e., Ithargaran Population) conservatives to unite in one front against reformists and centrist opponents. This strategy somehow worked; about half of the conservatives in Tehran were either members or close to the JP’s political platform. But matters did not turn out quite what they hoped for. Although conservatives were calling their coalition in Tehran “the unique coalition after the 1979 Revolution” due to cognitively and politically mobilized voters in the North of Tehran, none of the conservative candidates were elected. The same scenario happened in other small and big cities such as Shiraz; Taft; Yazd; Isfahan; Kerman; and, so forth. Their candidates, however, were successful in a few cities such as Mashhad and Qom.

JP, a perfect example of the ups and downs of many political coalitions, emerged in 2011, began to fade from the 2013 presidential election, and finally lost the parliament in 2016. This decline, however, does not mean that radical conservatives will disappear from Iranian politics any time soon. Once upon a time, Theda Skocpol in her co-authored The Tea Party and the Remaking of Republican Conservatism called our attention to the emergence of the Tea Party Movement. Although “Tea Party” as a “fashionable label” might lose “its luster,” “the outlooks, values, and heightened engagement of many older American citizens who gravitated toward this protest effort starting in 2009 will remain.” Nationalist and populist candidates in Iran still have good odds for winning popular vote depending on how a constellation of factors including regional dynamics, regime dynamics, economic factors, and voter turnout interact during the next round of voting. Meanwhile, Iranian politics has encountered far less tumults; Trump in America and rightists in Europe are on the rise; terrorism has hit the West; Turkey and Israel have shifted to rightist politics; and the Middle East is on fire. It is ironic to see the reverse trajectory in Iran while rightists have ascended in various political settings, and unintended repercussions of the Arab revolts have left social scientists and policy makers bewildered.

*Amirhossein Teimouri is a PhD student of sociology at University of Illinois at Urbana-Champaign. He has worked with various newspapers, weeklies, and online news websites in Iran. His current research project is focused on counter-movements.

[i] This piece is just focused on the parliamentary election.

[ii] Conservatives coined “the Sedition” (Fitna) for the Green Movement.