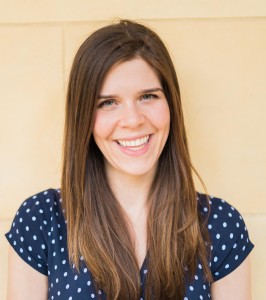 Muslims in Europe remain designated to an “outsider” status, bounded from the mainstream by the belief that they cannot—on account of their culture—fully belong. This idea dominates not only the media but also the academy, as the vast majority of scholars study Islam from the outside. Failing to engage with actual Muslim communities, scholars of Islam mostly focus on discourses surrounding (or stemming from) failures at acceptance. They center on reactions to this religious presence and increased prioritization of religious identity among young European Muslims. This most certainly occurs in sociological research on mosques, which take for granted the prevailing idea of these religious architectural structures as closed, if not precarious, spaces. The unquestionable dearth of intellectual exploration of what occurs not only in reaction to, but inside of mosques, inside of Muslim communities, is puzzling. It implies that the invisible, albeit hardened, boundary between mainstream society and Muslims has been internalized in the academy. It is time, however, to shift discussions from “what’s the matter with Islam” to “what’s the matter of Islam?

Muslims are not only objects to be studied or subjects of torrid stories of subjugation and exclusion across the continent. From the first to the third generations, from Copenhagen to Sevilla, from neighborhood to neighborhood, mosque-to-mosque, they act as agents of their fates. In my research on mosques in Germany and Britain, I encountered space and meaning in interaction—as physical places where directors, imams and everyday constituents grapple with how to express themselves at once as Muslims, Germans, Brits, ethnic minorities and/or Europeans. The mosque does not simply become more than a meaningful spiritual space in these capitals. It is made so by believers.

Reaching towards the sky on the broad Neukölln Columbiadamm Boulevard, the traditional Ottoman structure of a grand white dome and twin minarets marks the landscape of West Berlin. The Sehitlik Camii, in English Mosque of the Martyrs, marks the landscape of a working class neighborhood, home to many of the city’s Turkish guestworkers in the late 20th century and a combination of ethnic Turks, ethnic Arabs and increasingly students, today. The director of this mosque makes it his business—literally—to forge cross-cultural exchange. From daily tours of the mosque to attendance of the German Interior Minister at the Ramadan fastbreak; from the Salaam-Shalom Jewish-Muslim partnership to dialogue on homosexuality, the mosque provides a controversial and yet versatile space for dialogue. It is not by chance that Sehitlik has become a “model for diversity” or “idealized space” in the German mainstream, that the police I interviewed sighed as they spoke of this mosque as an “exception” of “successful German Islam.” This status has rather been achieved through activity at the mosque and the agency of its leaders, who challenge taken-for-granted boundaries: young women wearing both hijabs and the latest Zara trends; mosque tours that show lasting influences of Judaism on Islam; even the rare multicultural couple holding hands.

Muslims and Jews meet in the main prayer room of Sehitlik to discuss the “my head, my choice” campaign, calling for the acceptance of headscarves in positions of public office, drawing on transnational feminist narratives (“my body, my choice”) and (the English) language. At the same place, in the same space, a female leader mans the anti-radicalism hotline in German; old, Turkish men tip their tea glasses together at sunset; a cultural house is erected, where a photography installation shows early Tatari women with bosoms exposed; neighborhood toddlers scoot across the carpets as women pray side-by-side; and a man on his knees faces Mecca as he quietly recites the Qur’an.

We, as Sociologists, have almost entirely ignored the internal spaces of Islam, which show the agency of Muslims in shaping perceptions and acceptance in contemporary Europe (and beyond). This does not mean that the arguably stark symbolic boundary to the mainstream can or will be easily crossed by this ‘othered’ group, but it means that contestation occurs on both sides. In calling and constructing ‘the other,’ as outsiders, we construct ourselves as entirely outside of ‘their world.’ Yet entering into these arguably always-open mosques not only exposes their diverse inner lifeworlds, but exposes their leadership—and constituents—as insiders to the ideas, ideals and narratives of the mainstream. “Their world” has, in fact, been “our world” all along.

Why not open ourselves to supposedly closed spaces? Why not take initiative as scholars of boundaries by crossing them—bringing nominalized “dark” spaces into the light, and exposing their grayness as fused, functional, idealistic, Muslim, national and European? Why not grasp the rich material of meaning at our fingertips, our doorsteps, in our neighborhoods and capital cities, the places we call home—yet still, somehow, imagine as a world away?

Today we are again faced with a choice, to engage or dangerously reinforce divisions. From Beirut to Paris, the mass taking of lives by Islamic extremists dominates both the news and the fears of contemporary societies.  Again, the media asks “what’s the matter with Islam?” Again, we speak of whether Muslims, now conflated with masses of refugees on the European continent, can “belong”? As renowned author Toni Morrisson wrote, “it’s a bad word, belong”. It reinstates dangerous symbolic boundaries between “us” and “them.” Let us act as examples in turning towards the matter of Islam. Let us resist the force of fear and insist instead on the force of unity and exchange.

Elisabeth Becker is a PhD student in Sociology at Yale University, where she studies European mosque communities in comparative perspective. With a deep interest in culture and inequality, has written on ethnicity (“Little of Italy? Assumed Ethnicity in a New York City Neighborhood”, Ethnic and Racial Studies), displacement and gender. She has also contributed to various publications concerning the culture of Islam and ethnographic study, including First Things, Global Dialogue, Discover Society and UN Dispatch.