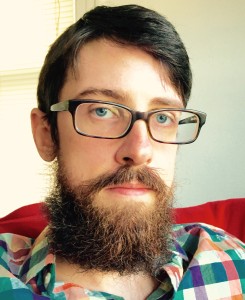 The recent attacks in Paris have triggered increased calls by the American and European right to put ‘boots on the ground’ and destroy ISIS (The Islamic State of Iraq and Syria). This has gone hand in hand with a burst of xenophobia and racism, as politicians like France’s Marine Le Pen call for closing the borders to refugees to protect the nation. On the other hand, many liberals and those further left are pushing for the continuation of regulated acceptance of Syrian refugees and against the twin reactions of nationalism and imperialism. Meanwhile, a state of emergency remains in France while Hollande calls to ‘eradicate’ ISIS and Obama argues that the removal of Assad is necessary to create any stability in the region. But, as the West discusses, and bombs, ISIS continues to gain support. A significant portion of ISIS’ support comes from Gulf States such as Saudi Arabia, from which money continues to flow to ISIS coffers with no challenge from the US due to its historical alliance with the Saudi Kingdom. The situation is further complicated by Russia, which continues to intervene in Syria to support Assad, and Turkey, which has used the war against ISIS as an excuse to clamp down on Kurdish independence and generate support for Erdogan’s increasingly authoritarian regime.

Left out of this discussion, though, is the continued legacy of empire. In an age which has supposedly witnessed a transition from empire to nation-state, and in which the continued centrality of imperialism and colonialism have been downplayed, the picture through which we observe these events can become skewed. If a central component of empires, historically, has been the forcing of an expansive political structure upon a population without its consent, then empire is still a defining feature of our time. In Tibet, China has spent decades managing colonial control over Tibetans and, in Northwest China, Uyghurs. In Israel, the colonization of Palestinian land is still the defining feature of conflict. In Turkey, as in Northern Iraq and throughout the region, the failed attempt to ethnically cleanse the Kurdish population has led to continued violence against populations that did not fit into the invented nation. In the US, Native Americans remain one of the most impoverished populations, and the US continues to maintain a global empire of capital and military bases around the world. France also continues to hold onto its imperial legacy, stationing several thousand troops in northern and central Africa and at least indirectly ruling thousands of miles of territory through its Exclusive Economic Zones.

Of course, many more examples can be found. The point is that trajectories of empire, along with contemporary forms of imperialism and colonialism, continue to be defining features in the age of global capitalism. The rise of ISIS itself is in many ways the product of American imperial ambitions, beginning with Carter aiding the Mujahedeen six months before the Soviets invaded in 1979, to Reagan’s famous embrace of their leaders as the moral equivalent of America’s ‘founding fathers’, to the First and Second Gulf Wars, the war in Afghanistan, and more broadly, the War on Terror which destroyed Iraq and created the conditions in which ISIS was able to flourish, itself capturing military equipment left over from the legacy of American Empire.

This lineage of colonialism and empire, through which, centuries ago, the modern structure of race was invented, also continue to live with us in the ways that global capital values human life. When those in the West are killed, it is seen as an attack on the very foundations of liberal civilization. When civilians are killed elsewhere, it is seen as normal and acceptable by the Euro- and Anglo-centric world, which continues to value life in terms of the standards of white supremacy, reinforced by capital’s valuation of global labor; a feature highlighted by the Black Lives Matter movement in the US. The contradiction of liberal universalism was always that its foundations were built on slavery and race—the devaluation of black and brown lives in comparison to whiteness—and these recent attacks have only furthered this, particularly in the form of Islamophobia.

The question today, as we move into a more unstable, dangerous world, is how to bring change to the global system so that basic human rights take precedence over race, profit, and empire. The risk is that the West responds with an ideology of hegemonic stability theory, or the idea that the world needs American leadership to stabilize it. This ideology, developed during the 1970s and 1980s, has justified the last several decades of imperialism but has brought in its wake, not stability, but war, crisis, and chaos. It has always been an ideology not grounded in history, but in the clouds above, as a function of power rather than an explanation of it.

More broadly, the solution is not simply to bomb, to perpetuate the cycle of violence, but to look for entry points for diplomacy. Diplomatic solutions, which focus on locating the underlying sociological roots of the problems, especially the legacy of western imperialism, need to be found. Otherwise, we will edge closer towards the deepening and expanding of the global war on terror, xenophobia, racism, Islamophobia, and militarism, at the expense of human lives and dignity.

James Parisot is a PhD Candidate in Sociology at Binghamton University. His research focuses on American Empire, from its origins through its contemporary forms, and he is also working on co-editing a book titled Global Cooperation or Conflict? Emerging Powers and American Hegemony.