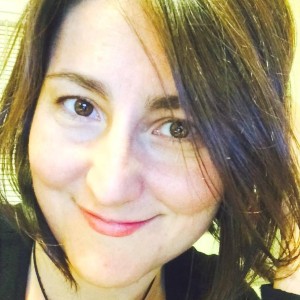 In recent decades, consumers across the world’s rich countries have been making dramatically expanded use of credit. As the figure below shows, before the financial crisis hit at the end of 2007, credit use by U.S. households reached the unprecedented level of 95% of GDP. This rise was related to another major change in the economic life of many countries, including the U.S.: dramatically rising income inequality. Increasing credit use was fueled by widening disparities in income distribution, and at the same time it shaped the dynamics and politics of inequality in a variety of ways.

Total credit to households in the US 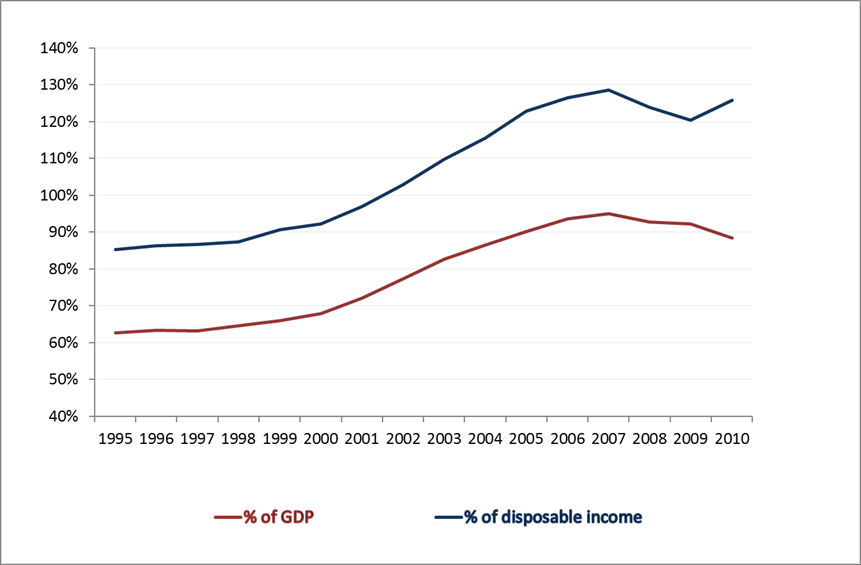 Inequality led to more credit use

Income inequality and household credit use have been increasing in lockstep since the early 1980s. A number of recent studies (see here for an overview) have shown that these two trends have in fact been linked. Over the past few decades, working citizens in the United States have suffered stagnating wages, insecure employment, and cuts to government services. In this context, credit has become an essential means of maintaining a middle-class lifestyle. For instance, one study by the Center for Responsible Lending found that 7 out of 10 low- and middle-income households use unsecured debt to pay for one-off misfortunes like home or car repairs.

More credit use shaped the politics of inequality

Increasing credit use has also had major implications for (re)distributive politics (see here and here for a historical overview). Credit affects individuals’ perceptions and experiences of inequality. Having access to credit enables those in lower- and middle-income groups to consume an array of products and services that they otherwise would not be able to afford, thereby taking the edge off their discontent with the existing disparity in income distribution. Citizens with higher incomes who tend to be less supportive of redistribution in the first place, on the other hand, may be further convinced in a credit-saturated environment that inequality is not a major issue and redistribution need not be a policy goal. All in all, credit tends to mitigate class and life style differences, moderating the political urgency to tackle the disparities in income and wealth.

In their 2008 article, Kenworthy and McCall show that in the US, while income inequality increased during the 1980s and 1990s the perceived level of inequality did not increase at all. Neither was there any evidence of heightened support for redistribution in the face of increasing inequality, or a commensurate increase in the government’s redistributive effort. Why? Increased access to credit might be part of the explanation. As credit-based consumption increased, and began to follow a somewhat more equal pattern across income groups, inequalities in income distribution became somewhat less politically salient (see here and here).

Increasing access to credit has long been an important element of a progressive political agenda. “Democratization of credit,” making credit available to formerly excluded groups like racial and ethnic minorities, began after the Second World War and has gained momentum starting from the 1960s. On the one hand, credit has filled the gap between households’ consumption aspirations and stagnant income. On the other hand, for many middle and lower-income American families, credit reliance leads to heightened economic vulnerability from higher debt- what has been called “the hidden crisis of the American middle class.”

Basak Kus (Ph.D., University of California-Berkeley) is Assistant Professor of Sociology at Wesleyan University. Prior to joining Wesleyan, she held postdoctoral appointments at Princeton’s Niehaus Center for Globalization and Governance, and Yale’s MacMillan Center for International Studies. Between 2010 and 2012 she lived in Ireland, and taught political economy, comparative politics, and public policy at the University College in Dublin.