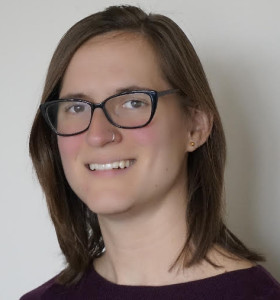 Last month’s terrorist attacks in Paris provoked an immediate, and predictable, wave of state violence against Muslims in France. During the first two weeks of the nationwide state of emergency, French police conducted 2,200 raids, detained 263 people and placed 330 under house arrest. Alongside these developments came numerous reports that Muslims were deliberately and disproportionately being targeted by police.

Both supporters and opponents of increased police powers and stricter anti-terrorism laws acknowledge that scrutiny of Muslims has increased in France, as in other Western societies, since 9/11. Yet most presume that this is a new phenomenon—due either to growing extremism and security threats or to a new and potent set of stereotypes that depict Muslims as inherently violent and ethnically Middle Eastern or North African. While the process of racializing Muslims certainly has created new forms of exclusion, the French state depicted Muslims—namely North Africans, and particularly Algerians—as a potential threat throughout the twentieth century. The genealogy of French Islamophobia reveals that Islam consistently has been perceived as a totalizing ideology that supersedes French republican values, as well as an inescapable marker of racial difference. What has changed over time has been the state’s tactics for managing the Muslim Other.

The North African Muslim community in metropolitan France predates the 1830 colonization of Algeria. Yet until World War I, this consisted of only a few thousand adherents. Among the non-Muslim public, Islam was perceived as a foreign religion whose theological and social issues were the domain of colonial administrators. In the late nineteenth century, racialized cultural traits replaced religious beliefs as the defining characteristics of Muslims in the French imperial imagination—that is, Muslim identity was perceived as an ascribed identity for people of North African descent rather than an individual choice available to all. Thus, the idea of “the Muslim world” entered political discourse as the French government began to conceptualize its Muslim-majority colonies as a cohesive entity. According to this logic, Islam was a totalizing way of being that dominated the identity of its adherents, to the exclusion of national origin. Thus, in Algeria, the statut personnel compelled Algerians to choose between French citizenship and (a French interpretation of) Muslim law, reinforcing the notion that French and Muslim identities were incompatible. Yet this approach was abruptly and urgently challenged by the arrival of hundreds of thousands of Muslims in metropolitan France.

World War I saw the arrival of unprecedented numbers of Muslim soldiers from the Empire. For those who fought on the Western Front, convalesced in Nogent-sur-Marne, and wintered in Fréjus, the state maintained Muslim hospitals and the first purpose-built mosque in the metropolis. In 1926, the Grand Mosque of Paris was established as a token of gratitude to Muslim soldiers. Yet the treatment and memory of World War I soldiers heralded a new approach to Islam: rather than an inherently foreign and unassimilable religion, Islam was newly presented as compatible with Frenchness, so long as the state could survey and manage it. With this goal in mind, the newly established Muslim Institute was tasked with depicting and disseminating an Islam that embraced secularism and republican values. Thus, drawing from its prior understanding of Islam as a totalizing cultural system, the state constructed a “French Islam” that was palatable to the metropolis. It also engaged with Muslims on the basis of this dominant understanding, establishing and funding organizations (notably the Interministerial Commission of Muslim Affairs, which oversaw the French Muslim Hospital, the North African Indigenous Affairs Service, and the Grand Mosque of Paris) that affirmed the tenets of French Islam while treating with suspicion those that critiqued the Republic, its values, and its Empire (e.g. the Ouléma, headquartered in Algiers, which competed for the loyalties of Algerians in Paris). As Naomi Davidson recounts, French Islam was presented as aesthetically Moroccan, ethnically Algerian, and theologically orthodox—that is, free from perceived non-Muslim religious influences. Following these specifications, to be a “French Muslim” was to have one’s religious and cultural identity appropriated and confined to a clear-cut mold.

Yet this French Islam was also constructed in opposition to an Islam that eluded understanding and appropriation—an Islam perceived as irredeemably foreign and threatening to the French state. During the war, it was explicitly distinguished from West African and Ottoman forms–the former’s black African racial identity superseded religious identity, while the latter posed a political and military threat to France. Ottoman Islam in particular was perceived as heterogeneous, fluid, and impossible to manage. Thus, by venerating colonial soldiers, selectively funding Muslim organizations, and believing that the security of its empire lay in the success of French Islam, the French state established a binary that Mahmood Mamdani identifies elsewhere: “good Muslims” deferred their religious and cultural identities to the French state, while “bad Muslims” eluded control and understanding.

A century after World War I, the good Muslim/bad Muslim dichotomy endures in the French government’s recognition of certain national organizations as emblematic of French Islam (namely the French Council of the Muslim Faith), its acknowledgment of the historical importance of select sites of memory (such as a new monument to Muslim World War I and II soldiers in the Grand Mosque of Paris), and its invocation of Islamic law to justify policies interpreted by some as anti-Muslim (most notoriously the 2011 ban on the niqab and burqa). Historically, this dichotomy has been steeped in essentialism and cultural racism: early twentieth-century French Islam gave way to a reentrenchment of the notion that Frenchness and Muslimness were incompatible under the Vichy regime. During the Algerian War, Muslim organizations in France faced intensive surveillance and often overt violence if they were thought to have any ties to Algeria. Both of these developments undermined French Islam. Yet French Islam is also increasingly threatened by the mainstreaming of far-right ideologies, which conceptualize citizenship in ways that are entirely incompatible with Islam.

This latest wave of Islamophobia rejects French Islam, and deprives Muslims of even this partial and problematic means of embracing both nation and religion. Thus, in 2012, Marine Le Pen could claim that “When we brought in the Poles, the Portuguese, the Italians, the Spaniards, they blended in with our community, they assimilated and were adopted as sons and daughters of France. But today, immigration is so massive that assimilation is no longer possible. Now, it is the foreign populations that seek to impose on the French their own lifestyle, religion, and codes. That’s how we found out, as I denounced it in the campaign, that over half the meat sold in France was halal meat, without the French even knowing it.” Le Pen makes no mention of recent immigrants’ countries of origin; instead, by highlighting the case of halal meat, she singles out Islam as a marker of Otherness and contrasts its adherents with “the French”.

Nor is this pattern unique to France: recent statements by GOP Presidential candidates in the U.S., well received by their supporters and widely repeated in the media, reveal an increasingly mainstream belief that Islam and American identity are incompatible. The history of French Islam reveals the state’s longstanding desire to qualify and control a religion widely perceived as a national Other. The solution to the present wave of Islamophobia lies not in a return to this problematic dichotomy, but in a recognition that Islamophobia is rooted in a fear more existential than that of extremism or violence–the fear of identities and allegiances beyond the reach of the state.

Meghan Tinsley is a PhD candidate in Sociology at Boston University. Her research concerns collective memory and national identity in postcolonial Britain and France. Her work has been published in Studies in Ethnicity and Nationalism and Postcolonial Studies

One thought on “French Islam, French Islamophobia: The Aftermath of the Paris Attacks in Historical Perspective”