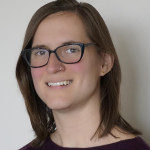 Among the most viral images of the summer was a beach scene on the French Riviera. In the photo, an unknown woman sits on the sand, surrounded by bikini-clad fellow sunbathers. At least four armed municipal policemen stand over her, watching as she removes a turquoise tunic. This incident and its aftermath marked the culmination of “Burkini-Gate”, which began on July 26th, when the mayor of Cannes instituted the nation’s first burkini ban and quickly grew to encompass nearly thirty French towns. It ended, for the time being, one month later, when the Council of State, the nation’s highest administrative court, overturned a Villeneuve-Loubet ordinance banning the burkini and set the stage for a reversal of the policy elsewhere.

The ruling officially ended the policing of a particular type of women’s clothing in a particular space. Yet the burkini fiasco was continuous with a long tradition of the French state policing Muslim women’s bodies. This is not coincidental; the state refined discourses of security and French femininity in the Empire, then used these to construct a racialized, gendered vision of the nation. Thus, the bare-breasted Marianne, symbol of the Revolution, is the epitome of secular, republican French femininity, while Muslim women’s clothing—the hijab, the burqa, and, most recently, the burkini—is read as a bodily proclamation of otherness and a threat to French republican values.

The French presence in Algeria was an attempt to colonize the land, bodies, and souls of the Algerian people. In “Algeria Unveiled”, Frantz Fanon argues that the visibility of the haïk, a white, full-body veil, led the French to perceive this garment as a defining trait of Algerian society. This, in turn, feminized Algeria itself in French eyes, and made women’s bodies the central sites of the imposition of French rule. By dominating Algerian women—in particular, by dominating their clothing—the French aspired to dominate Algeria at every level of society. This perspective simultaneously invested women with tremendous importance and depicted them as silent, submissive, and invisible.

Unveiling became a formal and informal priority of French colonial society. As Fanon recounts, Algerian men employed by French firms were compelled to bring their wives to company events, and risked losing their positions if they failed to cooperate. Algerian women were informed that they would be “emancipated” by removing the haïk, or were forcibly unveiled. Unveiling was presented by supporters and detractors alike as an embrace of French values. Conversely, the refusal of the vast majority of Algerian women to respond to French overtures was met with anger: by denying French colonizers the right to see their faces—by seeing, but not being seen—Algerian women rejected French values and retained a form of autonomy from French colonizers. Their knowledge of the colonizer while withholding full knowledge from the colonizer was a form of resistance that Glissant terms opacity. The result was a potent rejection of French colonialism that became increasingly salient during Algeria’s war for independence.

The Algerian war of 1954-1962 brought a new significance, and renewed importance, to the veil. As men and women joined the FLN (Front de Libération Nationale) and began to reside in the djebal (mountain camps), social institutions—based on age, gender, and familial roles—were upended. French depictions of veiled, cloistered Algerian women confronted the reality of militant Algerian women who joined the FLN of their own volition and hid grenades beneath their haïk. Further, unveiled Algerian women could no longer be associated with acceptance of French values: FLN militants removed their veils in order to pass undetected into colonial city centers.

The clear veiled/unveiled, Algerian/French binary was blurred. Yet rather than abandoning these categories altogether, the French attacked the haïk with renewed aggression, culminating on May 13, 1958 in a staged mass unveiling of one hundred women, as crowds shouted, “Vive l’Algérie française!” This course of action—perceiving the politicized veil as both a security threat in Algeria and a threat to French secular identity at large, embracing the symbols of French identity, and attacking its antithesis—is now being replayed in the metropolis. It is not insignificant that the photo of the woman in the turquoise tunic was taken on the Promenade des Anglais, Nice, site of the July 14th attack that killed eighty-six people. Nor is it insignificant that the vast majority of burkini bans were enacted in nearby towns in southeastern France. Nor is it insignificant that the southeast is home to a large population of Franco-Algerians as well as a large population of pieds-noirs—former French colonials. The southeast has become a site of policing and contesting French national identity, as the electoral strength of the far-right Front National and new articulations of laïcité have played out on, and against, Muslim women’s bodies.

In this context, the rhetoric surrounding the burkini ban is telling. In Nice, the local ordinance banned clothing that “overtly manifests adherence to a religion at a time when France and places of worship are the target of terrorist attacks”. Former President Nicolas Sarkozy called the burkini a “political act, a militant act, a provocation,” and a tribunal initially deemed the Villeneuve-Loubet ban “necessary, appropriate and proportionate”. This language implicitly linked the burkini to radical Islam and appealed to a discourse of security.

While the burkini is now officially permitted on French beaches, the Council of State ruling did not challenge the logic underlying the fear of the burkini—a logic that equally pervades other contemporary practices of policing Muslim women’s bodies. A 2004 law banning the hijab in state schools was passed after fifteen years of expulsions, lawsuits, and legal commissions. Since then, it has survived numerous protests and legal challenges. It also paved the way for the 2011 ban on the burqa and niqab in public spaces. Informal practices of sanctioning Muslim women are also widespread: in 2015, a fifteen-year-old girl was expelled from school because the principal deemed her long, black skirt an affront to secularism. In a context of continuous, well-established surveillance of Muslim women’s clothing, in which the security discourse is increasingly salient, it is unlikely that we have seen the last of burkini-gate.

The latent power of this issue raises the question: why are women’s bodies so often the sites of political control and political protest?