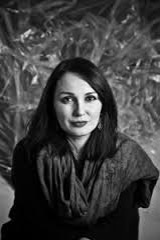 In part 1 of this essay, we discussed the varieties of policy work and sociology shaping previous debates about how comparative, historical and ethnographic sociology can engage policy work, as well as how that debate looks different in transition culture. In this part, we return to those debates to mark another layer of difference, but also to consider how it might be transformed by focusing our sociology and policy work on justice.

George Steinmetz’s contribution to the debate about policy and comparative and historical sociology helps us to recognize policy work in its negative version: as something instrumentalized and subordinated to policy makers’ problem sets.[1] He would rather see CHS autonomy preserved, while also remaining political: “Merely telling the truth about the social world is already a critical and political act.“[2] In this, he seems to envision policy as Burawoy might, without reflexivity or publics themselves as part of the process.

However, one might envision publics within policy worlds themselves; Peter Evans, for example, proposed influencing counterpublics within the state among administrators and expert communities in order to exercise a more critical sociology. [3] Liz Clemens offers the most concise message of what might be done, in that spirit. Evoking Max Weber, she asked “how might our scholarship help publics and policy makers ‘gain clarity’ and wisdom, however incrementally and contingently?”[4] But that “help” suggests many questions that invite further discussion and a return to Burawoy’s differentiation of sociology.[5]

By elaborating that half of Burawoy’s original table focused on those beyond the profession we can elaborate another dimension of this debate. In what follows, we draw not only on these published discussions, but also Kennedy’s experience in the reconstruction of a public policy program at Brown University.[6]

As in Burawoy’s original presentation, and keeping in mind the limits but also purpose of a 2X2 table, we might distinguish among forms of knowledge, one instrumental, one reflexive (Table 3). In the policy domain, a more appropriate distinction might be between problem-solving policy expertise and a discussion of ends in policy work. For the policy world, reflexive knowledge asks, recurrently, for whom and for what an intervention might be undertaken, while the instrumental focuses on refining the technique assuming that its proper execution can provide its author with the ideal outcome. Normative and ethical questions are more likely to appear in the reflexive category, even while proper execution by the proponents of the instrumental are assumed to realize the greatest good for the greatest number of people.[7]

Table 3: Variations in Policy Practice by Audience and Type of Knowledge

Many assume policy schools are focused mostly on developing expertise authorities can use. New techniques are recurrently introduced that meet that expectation; for example, approaches to “big data” provide a new way with which experts can give authorities new skills to evaluate their policy. However, civil society as such has become increasingly salient in conceiving public issues in policy schools, and “solutions” that rely on mobilizing civil society are increasingly common in policy programs’ teaching and research. For example, new programs that emphasize the importance of developing social entrepreneurship are especially appealing for authorities, as it promises to develop a new kind of public that is more capable of resolving its own problems rather than relying on government to redress problems. It is also notably apolitical, and sometimes even neoliberal.[8]

Reflexive knowledge is also at play in the public policy field, early on mostly in the domain of ethics courses. However, it has found different forms of expression in newer policy domains. For example, reflexive governance, for authorities but with that “for what and for whom” tool kit, is present.[9] And social justice establishes a new place, most notably around questions of equity as survivors see it.

This focus on justice became relatively clear in Brown University’s new Public Policy Program. During and after the first year of its new one year MPA program, through their Social Justice Task Force students encouraged faculty to develop a more extensive place for social justice in the program. Eleanor Gamalski and Amruta Trivedi, among others, encouraged us to discuss how power, class and race shape public policy itself, and how policy as such came to be constituted in America, especially after the 1960s, as a relatively apolitical technical skill set. They even suggested we could pose the question of restitution for slavery’s injustice as a public policy project, and by so doing, make the program’s commitment to anti-racist public policy more evident.

Respecting that kind of student input, Brown restructured its curriculum to require of all its MPA students a course in social justice. It also created an opportunity to specialize one’s learning in such fashion. Some of the proponents of that vision envisioned creating a track called Social Justice, but that became difficult because it implied that other specializations, like Data Driven Analytics, were not so concerned. To accommodate, the program renamed it “Social Change and Advocacy” with the following description:

This specialization prioritizes social justice, diversity, and ethics by using the distance between the way things are, and the way things ought to be, to shape learning and to analyze and generate policy and public interventions. Courses facilitate rigorous, critical examination and assessment of public action in analytical as well as prescriptive ways, encouraging students to think about how norms for public action emerge, and their own role, as dedicated public actors, in that process. The specialization focuses on how power works, how change happens through policy and public mobilizations and partnerships, and how policy makers and analysts can develop not only maximally effective, but more ethical and just work. These policies and public ideas, practices and discourses might emerge from social movements and civil society, as well as from governments and the private sector.[10]

Perhaps the clearest expression of this elevation of justice came at the conclusion of the first week of 2016 MPA orientation with a lecture by Professor Tricia Rose, a scholar focused on how race inflects various dimensions of American policy and practice.[11] She illustrated the social justice opening to a broader conception of policy with this question: “Can public policy create just outcomes in an unjust world?” That question riveted her audience, but also illustrates the challenge. Policy has been developed as a relatively neutral, apolitical project,[12] but in so doing, it has had to moot questions of power and normative evaluation.

Despite that institutional legacy, Brown University now debates how justice might find its place within public policy, and with that, the place of different methodologies and disciplinary approaches. Recently, for example, two sociologists and an alumna previously responsible for innovation in the City of Providence coauthored a piece celebrating the importance of “little data” (ethnography) for illuminating public sensibilities on government policies and practices, and how that approach might complement, or even challenge, what “big data” analytics tell us.[13] It’s not surprising that these scholars have themselves been motivated by social and environmental justice questions over their career. With such awareness and practices, public policy can find ways to pierce the veil facilitating the work of policy makers who are too often most comfortable working at a distance from those very publics their policy affects.

In our presentation at the CHS mini-con, we discussed how social justice might redirect policy-relevant work toward engaging publics normally distance from policy formulation in Kosova, in particular among women who suffered sexual violence during the war.[14] We noted, too, how that kind of work bears affinities with work that might address those publics mobilized by #BlackLivesMatter, #SayHerName and other movements recognizing those excluded from the main policy concerns of too many who construct, apply and evaluate policy. It also bears important affinities with those broader comparative and historical projects explaining how states deny the violence they practice.[15] Indeed, one of the conclusions of the CHS mini-con was to ask whether the proliferation of violence, and the refusal of states to assume responsibility for it, might not be a powerful project fusing sociology and policy in the name of justice.[16]

We continue our work on transition culture after war in comparative and historical perspective, but offer these reflections in order to invite broader collaborations around violence, justice, and practice in the articulation of sociology and policy making and analysis. There is far more potential for this work than those who work mainly in policy analysis, or in less public sociology, recognize.

[7] Although that bears research, Kennedy finds it a typical normative goal left unstated in the more instrumental dimension of the policy analysis and practice, and a goal that typically does not inquire as to who counts in this utilitarian reasoning.

[10] Geri Augusto, Ross Cheit and Michael D. Kennedy drafted the original memo on which the final formulation was based.

[12] Among others, Deborah Stone illustrates how it cannot be apolitical, however, in Policy Paradox: The Art of Political Reason. New York: Norton, 2011.