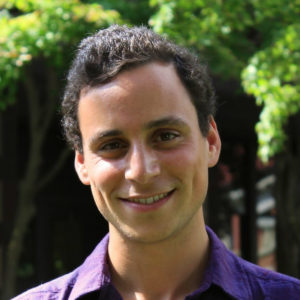 In both Brazil and South Africa a pall of crisis hangs over domestic politics. In Brazil, the recent impeachment of elected president Dilma Rouseff for questionable cause triggered allegations of a parliamentary “coup”. In South Africa, persistent accusations of “state capture” go straight to President Jacob Zuma and his suspicious relationship with a group of elites doing business with state-owned enterprises. Two recent nation-wide municipal elections (South Africa: August 3; Brazil: October 2) tell us a lot about not only where both countries might be heading in the future, but also how we arrived at the current conjuncture.

Both countries had remarkably similar transitions to democracy. In particular, powerful independent trade unions formed united fronts with neighborhood groups organized around urban inequalities, such as housing, transport, and basic services. Such issues remain politically decisive today. In São Paulo, the historic divide between rich and poor mapped onto a center-periphery dynamic driven by both market forces and state-sponsored evictions. There, the democratic era has seen a progressive coherence of local government institutions, as well as a dominant tendency towards widening the social basis of policy reform. In Johannesburg, the divide between north and south of the city was historically much more clearly a result of legislation. Waves of state-led forced evictions over half a century created the sprawling dormitory townships of the southern part of the city. In its democratic era, the city has struggled to bring coherence and coordinating capacity to its key institutions, and has seen its social base narrow.

São Paulo, Brazil
When São Paulo first held direct mayoral elections in 1989, the victory of Worker’s Party (PT) activist Luiza Erundina initiated a set of policy experiments that urban activists had long advocated. In particular, the housing crunch on the sprawling, crowded periphery of the city was a major focus of attention. Despite constrained national and state-level financing for housing, the Erundina city administration provided support for self-build housing by organized activist groups. These groups continued to grow and advocate for broader urban reforms.

Erundina lost her 1992 campaign as the old machine politicians of the military dictatorship era fought back control through more democratic means, most clearly exemplified by the rule of the notoriously corrupt Paulo Maluf. His large infrastructure projects made headlines and appealed to the permissive “rouba mas faz” (“he steals, but he gets things done”) attitude of many voters accustomed to underhanded political administration. Even so, the early experiments with self-build housing and the activist core that had been energized during the Erundina period continued to build steam and widen its coalition as part of a national urban reform movement.

The PT was able to win back the mayor’s seat in the city in 2001, this time with a new candidate, Marta Suplicy. She represented elements of the working class activist core of the party as well as an increasing middle class orientation. Key policies included increased housing delivery, slum upgrading, health and schools in the periphery, as well as negotiating with bus operators to bringing public buses into a unified city-wide system. Although she failed to win re-election, the Suplicy administration left its mark on urban development. The national expansion of progressive urban policies gained an institutional home under the first ever Ministry of Cities and a legislative basis in the City Statute of 2002. Furthermore, the housing and urban infrastructure programs begun in the periphery under Erundina and continued under Suplicy, were inspirations for scaled up national programs begun under the PT administrations of Luiz Ignacio “Lula” da Silva.

By the time Fernando Haddad regained the mayoral seat for the PT in 2012, the party was promising a new “urbanist” vision of city-wide mobility and environmentally sustainable development. His administration angered the car-owning middle classes with his attempts to take back more of the road for public bus-only lanes and reducing the speed limit on major freeways. This, combined with general anger at the Rousseff administration, meant that he did not win a single ward in the city in the elections of 2 October. João Doria, of the center-right Social Democratic Party (PSDB), became the first mayoral candidate to win in the city without a run-off election.

Johannesburg, South Africa
The year 1995, under the first ANC government, saw the first attempt to redress the past. The plan was to amalgamate eleven separate municipal authorities into the single Metropolitan Municipality of Johannesburg under the mantra of “one city, one tax base.” This slogan echoed that used by rent and rates boycotters in the large southern township of Soweto in the late 1980s and early 1990s. The move was only a partial success, however, because developers and wealthy property owners ring-fenced their tax contributions through sub-municipal units of administration in their neighborhoods. Meanwhile, activists in black township neighborhoods were demobilized and subsumed within ANC party structures.

A second moment emerged out of a financial crisis in the municipal government in 1999, due in no small part to the withholding of taxes by residents of the wealthiest northern neighborhoods of the city. The crisis resulted in a “corporate” reorganization of key city agencies and associated management of revenue. While this centralized administration at the scale of the city, it fragmented agencies. Spatial planning in particular became difficult because line agencies such as electricity, water, roads, and trash collection, all operated on a separate revenue neutral basis, and infrastructure and operational plans were not coordinated.

Over the course of the next decade, land use planners began to develop more comprehensive planning instruments that could coordinate across departments. But developers resisted, exploiting the differences in land use plans between the Gauteng provincial government and Johannesburg city government. A landmark Constitutional Court case in 2010 sought to clarify planning power between the city and provincial governments. Nevertheless, private property developers and neighborhood-based movements of wealthy residents have innovated strategies to maintain the basic logic of Apartheid era spatial divides, without ever explicitly opposing efforts at reform.

The persistent spatial inequalities of the city, combined with national disgust over the Zuma administration’s corruption, lead to a defeat of the ANC in the city in August’s municipal elections. Turnout was historically low in many poor black areas of the city, suggesting that the election result was more of a loss for the ANC than a vote of confidence in any particular other party. The center-right Democratic Alliance’s (DA) Herman Mashaba could only assume the mayoral seat with the support of the leftist Economic Freedom Fighters (EFF), who refused any type of formal coalition with the DA.

What lies ahead
In both Brazil and South Africa, the history of urban policymaking helps explain not only the recent change of power in each country’s largest city, but where urban politics may be heading next. We can make two predictions from here. First, São Paulo, like Brazil as a whole, will lurch to the right, with significant privatization of state assets and more austere social expenditures. Rising inequality is likely in the short term. But there will be a strong historical basis for fighting back through civil society. The possibility of a working-middle class coalition persists in part because of the memory of attempts at institutionalizing such a coalition’s vision in successive periods of PT rule in the city. Second, Johannesburg will likely have a similar shift rightwards, which will mean going further down the same path of inequality that has characterized the city in all of its democratic era. But the basis for resistance is much less clear. The divide between working class and middle class visions for the city has yet to be overcome. In both cities, the likelihood of crafting a progressive social coalition linked to a formal political party capable of representing that coalition’s vision rests in large part on a recognition of why this has, or has not, been possible in the past.