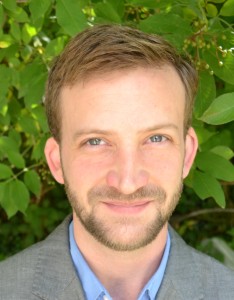 So you want to influence the outcome of the election?

Many of us have been glued to election coverage, wondering and worrying about who will be our next President. The news features pundits and journalists speculating endlessly about the key “moments” of the campaign: who “won” or “lost” a debate, the effect of Clinton’s comments about the “basket of deplorables,” or how many potential Trump voters might be turned off by his Access Hollywood bus “hot mic” bragging about sexually assaulting women.

But despite what the horse race coverage of the election might lead you to believe, after the conventions there’s rarely a strong relationship between what happens in the back-and-forth of a general election campaign and the ultimate outcome of an election[i].

In fact, there is little evidence for the direct effects of most of what campaigns do. While ads or other campaign events can sway people’s vote intentions, the effects are usually very short-lived. Truly persuadable voters are rare, and partisan attachments are strong: even voters who say they are independent and undecided tend to come out for the party they usually vote for. And, since campaigns on both sides are about evenly matched, anything one side does that might persuade some people is countered by an equally effective message from the other side.

Instead, election forecasting research (see the latest issue of the journal PS: Political Science and Politics for the 2016 forecasts) shows that most Presidential election outcomes can be predicted well in advance simply by knowing the number of terms the incumbent party has been in office and a few things about the state of the economy. When, on occasion, the outcome has diverged from the one predicted by these “fundamentals,” it has been due to a failure of the favored party’s campaign to deliver a message emphasizing the economy, according to political scientist Lynn Vavreck.

The last big reason that most of what campaigns do may not matter much is low voter attention: although many blamed Romney’s “47%” remark, caught on secret camera, for his loss, a third of potential voters didn’t even know who said it, and there was little evidence any votes changed because of it[ii]. Most major campaign events (whether “gaffes” or deliberate messages) can only be accurately described to pollsters by about half the potential electorate, and have no measurable effect on the outcome.

So, what we know about Presidential elections in short is that most people’s minds aren’t changed in the course of the campaign; we mostly vote our partisan attachments, or whether we think it’s “time for a change.” That may be somewhat different in this election, as many things are.

What does vary substantially from one election to the next, and what will certainly matter for this one as well, is how many eligible voters actually turn up to vote. And that – much more than beliefs about the parties or the candidates, let alone the values and group attachments that undergird them – is something absolutely all of us can have a role in.

So if you want to affect the outcome of this election, I have two suggestions for you.

First, reach out to any friends or acquaintances who you think might not vote. There are people who rarely or never vote in all groups, but as I explained in a previous post on inequality in political participation, people who are younger, with less education, lower incomes, or jobs outside of the professional and managerial spheres are less likely than others to vote. Asian-American, Latinx, and white people all vote at lower rates than otherwise-similar Black people in this country. I believe this is in large part because members of these groups have less connection to politics: they’re less likely to have politicians or party activists in their networks[iii], they are less likely to be contacted by campaigns, and they’re less likely to feel that politics is something they’re expected or entitled to do.

While campaigns mostly ignore people they think are “unlikely” voters – those who never or rarely vote – an encouraging message from someone familiar or socially close has a much stronger impact than one from a stranger, increasing the probability that someone who’s never voted turns out by up to 10%.[iv] Social pressure (letting someone know you will notice care whether they vote) and asking people to make specific vote plans (where and when they will vote, and how they will get there) are some of the most effective ways to encourage voting.

Second, volunteer for GOTV (get-out-the-vote) operations for your favorite candidate. If you don’t love your party’s Presidential candidate, volunteer for a local race – it’s likely the people you turn out will vote for the same party up and down the ballot. Calls and door-knocks from strangers are less effective than nudging from friends, but can still make a difference in the aggregate. A big part of getting people out to vote is simply inviting them to do so, letting them know their votes matter to others, and that’s something we can all help with.

[i] Erikson, Robert S., and Christopher Wlezien. The Timeline of Presidential Elections: How Campaigns Do (and Do Not) Matter. University of Chicago Press, 2012.